Congratulation to Erin James for Appointment to Board of Norman Minor Bar Association!

Herman Legal Group, LLC would like to congratulate our colleague, immigration attorney Erin James, on being elected to the Norman S. Minor Bar Association 2020-2022 executive board. For the next two years, Erin will serve as the Membership secretary of the organization. On Friday, December 20, 2019, Erin, along with the other executive officers, was sworn in by Judge Solomon Oliver, Jr.

The Norman S. Minor Bar Association (NSMBA) was founded in 1980 as Cleveland’s first full-fledged African American bar association. It grew out of the merger of four African American professional groups and is named in honor of one of Cleveland’s foremost trial attorneys, African American attorney Norman Selby Minor. Minor practiced law from 1927 to the mid-1960s. He was a nationally known criminal trial lawyer who worked for many years as a county prosecutor and later as a criminal defense attorney. The Norman S. Minor Bar Association is proud to bear the name of the man known as “The Dean of Trial Lawyers.”

Erin has a strong commitment to volunteer and give back to Cleveland.  She has donated significant amounts, both in her immigration law practice and within the community, on important issues.

The Herman Legal Group joins Erin in believing that we must have lawyers of diverse backgrounds.  To ensure justice and strong advocacy, we need lawyers that come from various ethnic, racial, linguistic, nationality, sexual orientation, age, and disability backgrounds.  Diverse perspectives bring new and creative solutions to longstanding problems.

In our law firm, we speak over 12 languages and come from a variety of racial, ethnic, and nationality backgrounds.

We believe that we are better able to connect with clients who come from around the world.  The better we understand them, their needs and aspirations, the better equipped we are to defend their interests.

We applaud Erin’s commitment to fostering diversity and mentorship within the legal profession.

Our community continues to grow stronger! 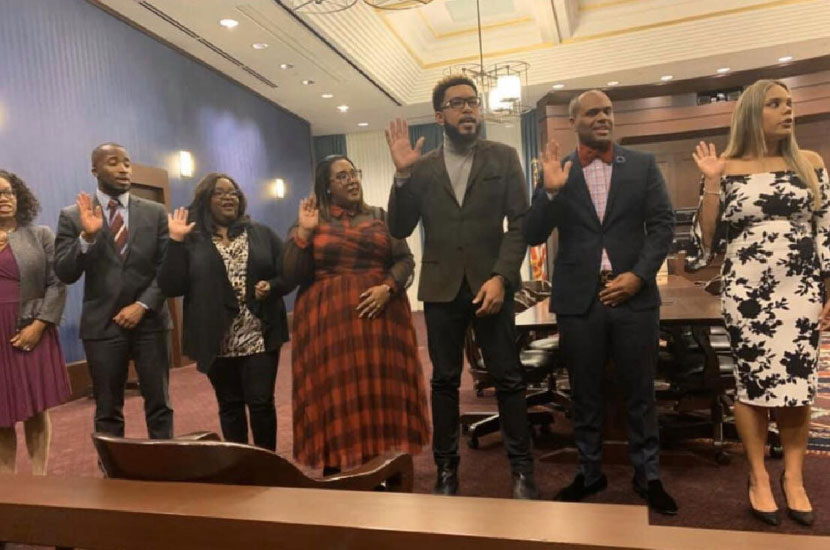