We are facing the most challenging healthcare and economic crises in 100 years. The pandemic impacts everyone.

As immigration attorneys, we at the Herman Legal Group understand the moral and economic imperative to support undocumented immigrants, including those with DACA¹ work authorization, many of whom are valiantly working on the healthcare front lines² to keep us safe and healthy during the Corona Virus Pandemic. Millions of undocumented workers also play a vital role in critical industries that impact the nation’s food supply chain³ and essential industries.

Undocumented workers are often toiling in high-risk conditions of virus transmission, unprotected by any Personal Protection Equipment, and are getting sick.

Yet, despite their important contributions to the United States, most undocumented workers (and even some U.S. citizen spouses) are not eligible to receive stimulus checks from the Federal Government, and their families are vulnerable and disproportionately feeling the devastating impact of the shutdown of the economy. Even during this pandemic, the undocumented population continues to be vilified and face the prospect of arrest, detention, deportation, and permanent separation from their U.S. citizen children.

For this reason, we are honored to sponsor the $1,000 Essay Contest: “What do YOU think of when you hear the word ‘IMMIGRANT’?”.

¹ Deferred Action for Childhood Arrivals program provides temporary work authorization to eligible applicants who entered the U.S. as a child prior to 2012 and are out of status.
² In 2018, there were almost 280,000 undocumented workers in the healthcare industry, including 62,600 DACA-eligible individuals. New American Economy.
³ Overall, 3.8 million immigrants make up more than one in five workers in the U.S. food sector. They are among the essential workers who leave the safety of their homes to handpick fresh vegetables and fruits, processed meat and seafood, stock shelves with groceries, and deliver food to people’s doorsteps. New American Economy.

To participate in the contest, applicants should write an essay of at last 300 words, in any language, answering the following question:

“U.S. policy on immigration has increasingly become more aggressive and unwelcoming to immigrants. Despite the data to the contrary, many people now believe that immigrants undermine the U.S. economy and do not make the nation stronger. What do you think of when you hear the word “Immigrant”?

We are hoping that this contest inspires members of the undocumented community to share their personal feelings about being an immigrant who contributes to the well-being of the United States, who has deep ties to the United States, who may have U.S. citizen children or other family members, and yet has no legal pathway to normalize their immigration status.

We will share the winning essay and will keep the winner’s identity confidential unless otherwise authorized by the winner. We will also be publishing some of the non-winning essays in order to help give voice to the undocumented, to help stimulate a healthier conversation in the U.S. about immigration, and to encourage our elected officials to move on legislation that would provide a pathway to permanent residency and ultimately citizenship to the undocumented.

¹ The LIFE Act, which provided a pathway to citizenship for undocumented immigrants, expired on April 30, 2001.
² Verified by valid Employment Authorization Document indicating DACA, TPS, pending asylum, or pending Cancellation of Removal for non-LPR, scheduling notice for future immigration court hearing, or personal attestation. All information will remain confidential.
³ As defined by any Governor’s Executive Order pertaining to COVID-19 and stay-at-home directive.

Share your voice! People who wish to participate should send their essay as an attachment in an email to ImmigrantStrongUSA@gmail.com by August 1, 2020.

In the body of the email, applicants should include the following information:

Once the application period has ended, our essay committee will review the essays and choose a winner by September 1, 2020. The winnder will receive $1,000.
#ImmigrantStrong

The winner will be chosen considering the following factors:

By applying, all applicants consent to the reproduction and publishing of their essays. Name and other contact information shall always remain confidential.

Founded in 1995, the Herman Legal Group focuses on immigration law, including family immigration, removal defense, employment-based immigration, investor immigration, asylum, immigration waivers. We are headquartered in Cleveland, Ohio, and have additional offices in Columbus, Columbus, Cincinnati, Dayton, Toledo, Detroit, Buffalo, Pittsburgh, Charlotte, Miami, and Dallas. Our law practice is federal and we serve clients, in over 12 languages, in all 50 states. For over 25 years, we have earned the reputation of highly-skilled, compassionate, and innovative immigration lawyers. The firm, which serves clients from Fortune 500 companies to undocumented workers, from technology workes to NFL teams, is recognized in U.S. World News & Report’s “Best Law Firms in America.”

Richard Herman is a nationally renowned immigration lawyer. As a lawyer, activist, author, and speaker, he has dedicated his life to advocating for immigrants and helping change the conversation on immigration. He is the co-author of the acclaimed book, Immigrant, Inc. —Why Immigrant Entrepreneurs Are Driving the New Economy (And How They Will Save the American Worker) (John Wiley & Sons, 2009). Richard is one of the pioneers of the movement by Midwest cities to attract and welcome immigrants who can help grow the economy, create jobs, and reverse progressive depopulation. He regularly advises cities and counties on innovative ways to leverage existing immigration laws to create jobs and attract foreign direct investment.

A lawyer without border: voted for inclusion in the 2015-2020 editions of The Best Lawyers in America© and listed in Super Lawyers© for more than fourteen consecutive years, Richard began his immigration law career by moving to Moscow, Russia in 1993, straight out of law school, to eventually open a law office two blocks from the Kremlin to represent post-Soviet entrepreneurs. As an authority on U.S. immigration law and a provocateur for immigrant-friendly, pro-entrepreneur policies, Richard is often invited to strategize and deliver keynote addresses around the country, as he has often done for Michael Bloomberg and Rupert Murdoch’s Partnership for a New American Economy, chambers of commerce, universities, and cities. Known for his direct and sometimes controversial style, Richard has appeared on FOX News (The O’Reilly Factor), National Public Radio, and has appeared in the New York Times, USA Today, BusinessWeek, Forbes, Inc., PC World, Computerworld, CIO, TechCrunch, and InformationWeek. Richard is married to Kimberly Chen, an immigrant from Taiwan who overcame her undocumented status to become an American physician. They live in the Cleveland area with their two children, whom they are raising to be citizens of the world. 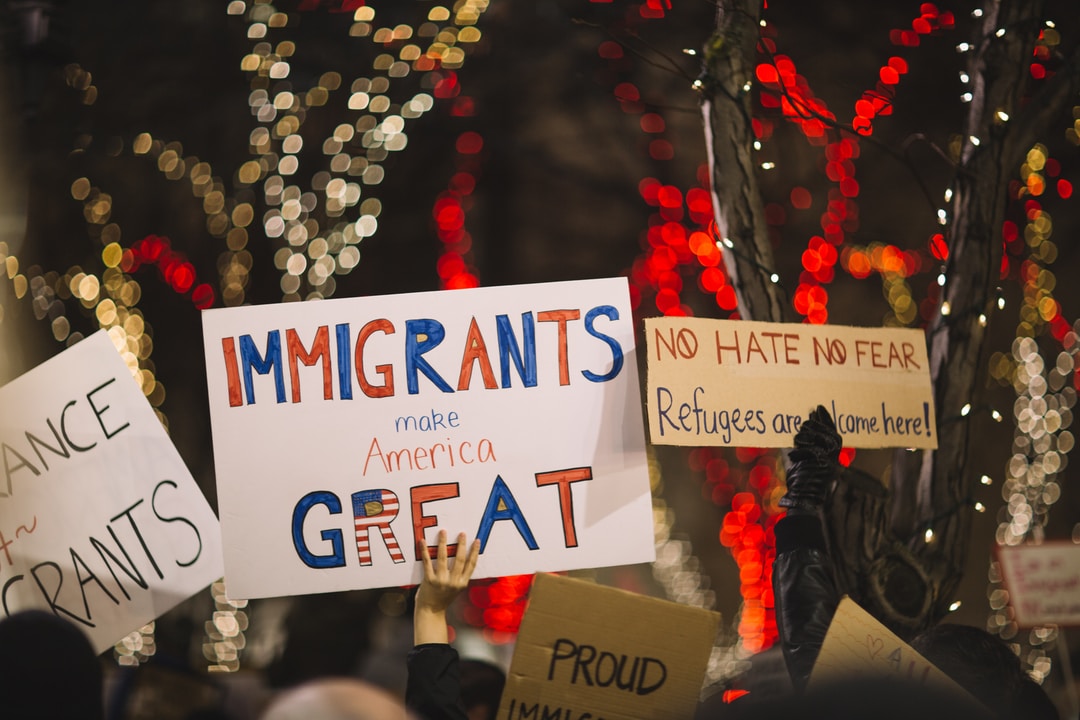