Asylum is a US immigration status that is based on humanitarian concerns for people who have good reason to fear that harm will come to them if they return to their home countries. If you receive it, you will be allowed you to live and work in the US for an indefinite period of time. Asylum is granted only to people who are present in the US, however. If you are located abroad, you should apply for refugee status, which offers equivalent benefits. 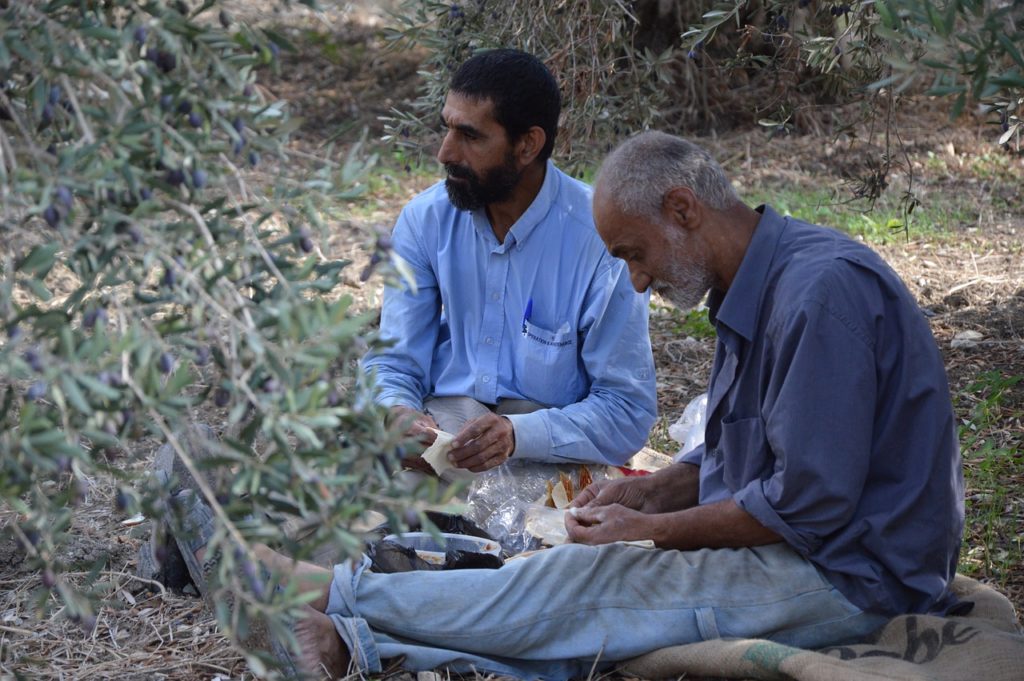 To qualify for legal residence under US asylum law, you must first qualify under the legal definition of “refugee”, even though you are present in the US. In other words, you must prove that you are unable or unwilling to return home because of persecution or a well-founded fear of persecution that is based on:

That’s a mouthful of legalese. To simplify the foregoing standard below is a clarification of the legal meaning of some of the italicized terms used above.

Persecution: Persecution means the infliction of harm or suffering or a credible threat to your life or freedom. A justifiable fear of imprisonment, torture, rape, murder or execution would likely fit this definition, for example. Persecution doesn’t have to be inflicted by the government — persecution committed by rival ethnic groups, drug cartels or terrorist organizations will qualify.

Well-founded fear: Essentially, “well-founded” fear means that you actually do fear returning home and that your fear is both reasonable and based on objective, provable facts.

Membership in a particular social group: This is a catch-all term meant to cover membership in a group that might be subjected to persecution. You only need to show your membership in this group — you don’t have to show that you are being personally targeted. For example, if teachers at secular schools are being targeted by militant religious groups in your country, you might qualify if you can prove that you were a teacher at a secular school.

Your Chances of Success 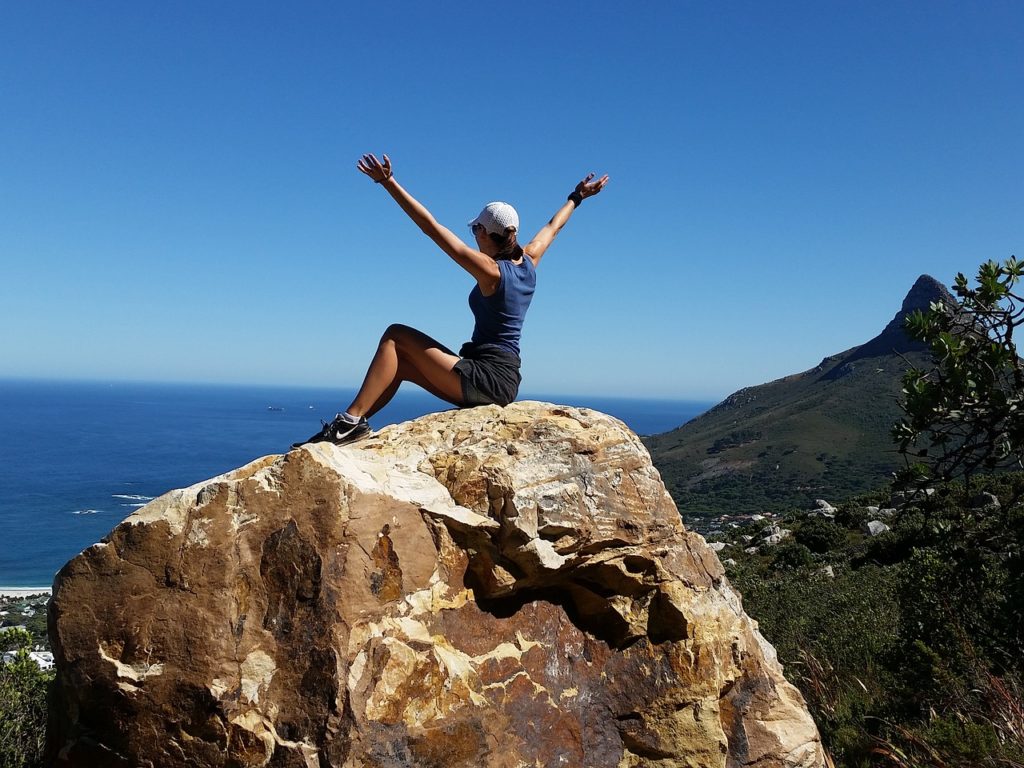 Asylum claims, never easy to win, are becoming more difficult. In 2018, for example, only 35 percent of asylum claims were approved after six straight years of declining approval rates. Nevertheless, it helps to have a lawyer. According to a study conducted by Syracuse University, over half of the asylum claimants who were represented by attorneys saw their claims approved, while only about 10 percent of unrepresented claimants were successful in winning asylum. 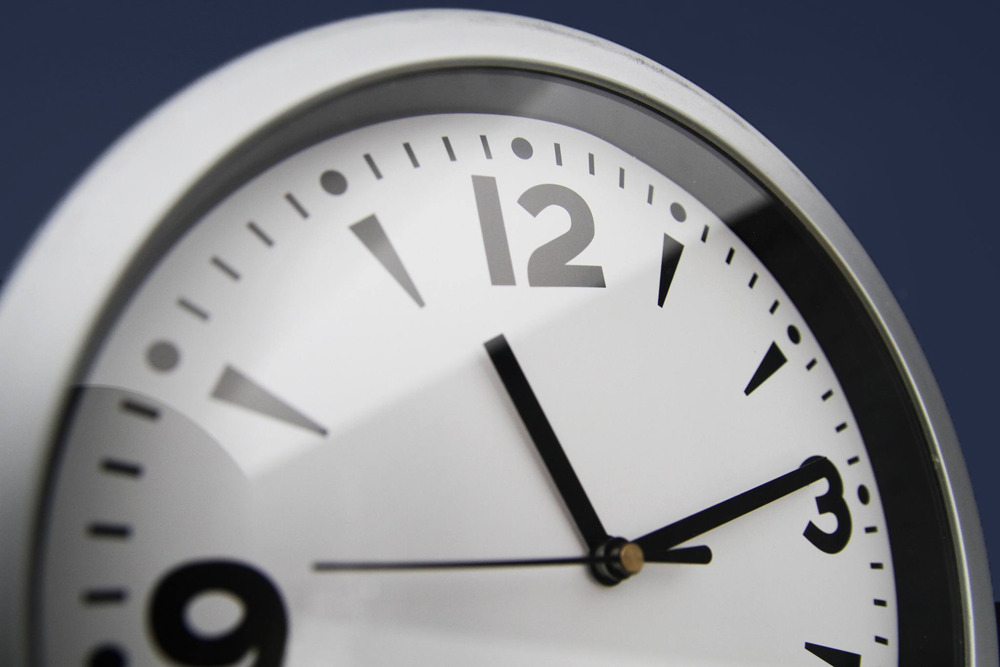 Although the total length of the asylum claim process varies greatly from person to person, the general range is between six months and several years. The exact timing depends largely on (i) whether your claim is affirmative or defensive and (ii) the specific facts of your case. Other factors, such as the political orientation of the person who examines your claim, also plays a role.

Unfortunately, your asylum claim will be considered abandoned if you leave the US, and if you remain in the US you cannot receive a work permit until at least 180 days after your filing date.

It is best for you to apply for asylum before you are placed into removal proceedings, rather than afterward — overall, your chances of approval are significantly better if your claim is affirmative rather than defensive.

Application for Asylum and for Withholding of Removal

You initiate an affirmative asylum by filing Form I-589 with the USCIS. There is no filing fee, and you can submit your application by mail to the address listed in the instructions.

Fill out the form completely — leave nothing blank. If something doesn’t apply, simply write “N/A” (“not applicable”). Provide information that is as accurate and detailed information as you muster, but don’t try to guesstimate anything, such as an exact date — that could come back to haunt you later.

Include as many supporting documents to your asylum claim as you can assemble. These documents might include declarations from friends or family corroborating your story; newspaper articles reporting conditions in your home country; or a report from a medical expert if you are alleging previous physical harm or a psychological disturbance such as PTSD. All non-English documents should be accompanied by a certified translation. 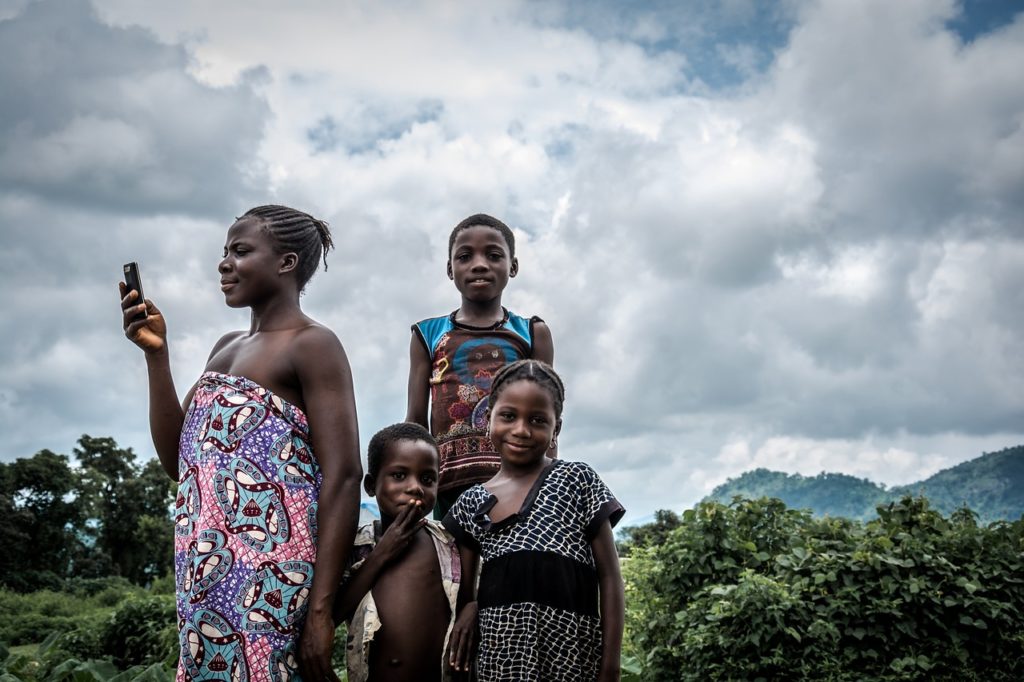 You can apply for asylum on behalf of your spouse and any children who are unmarried and under 21 if they are present in the US, even if they don’t independently qualify for asylum. You will need to prove your relationship with them (a marriage certificate for your spouse, for example), and each of them must complete a separate Form I-589.

To maintain an affirmative asylum claim, you must submit your application within one year of the date of your most recent arrival in the US. Limited exceptions exist, for example, if:

Keep in mind that if none of the foregoing exceptions apply and you entered the US illegally, proving your compliance with the one-year deadline could be tricky.

You almost certainly will not be detained if you file an asylum claim before being placed in removal proceedings.

If you file an affirmative asylum claim, the USCIS will send you an interview date within 21 days after the date that you submit Form I-589. You will need to bring originals of all of the supporting documents you submitted with Form I-589, along with their certified translations. Family members whom you included in your application must attend the interview with you, and you may bring witnesses as well as an interpreter. You can also bring your attorney with you.

Your interview will last at least an hour. Stay calm and be honest, even if the officer doesn’t seem to believe your story. Your attorney will also have the chance to make a short statement on your behalf, and the officer may ask him some questions as well.

You could end up in defensive asylum proceedings in one of three ways: 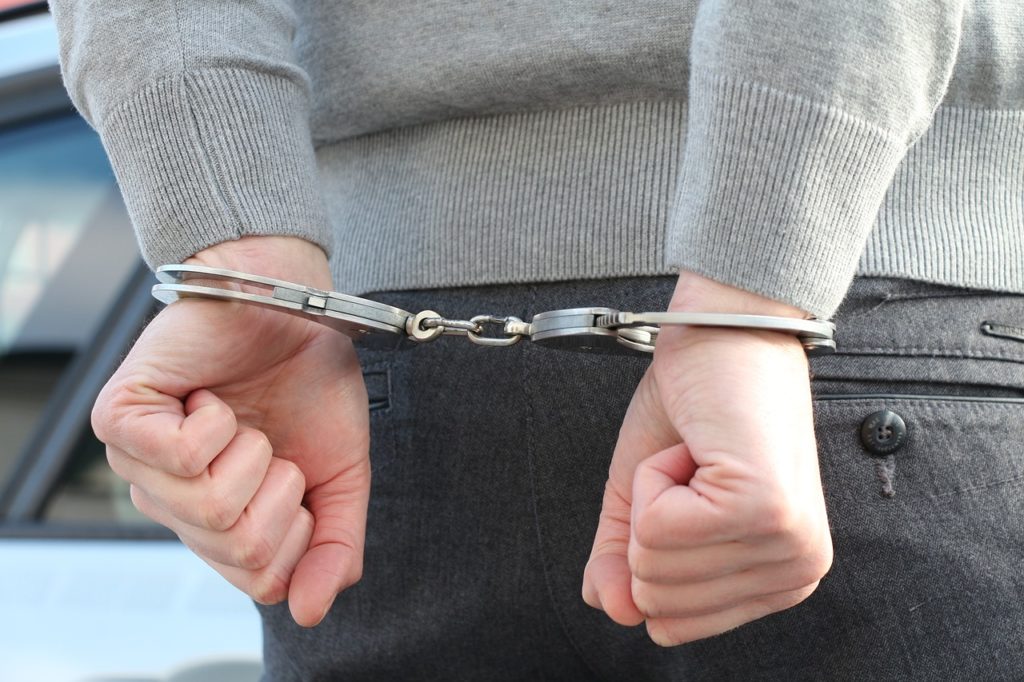 If you applied for asylum after you were placed in removal proceedings, you will probably already be in detention, and you might remain there until your claim is decided or you agree to return home. If you claim asylum at a US port of entry (at an airport, for example), the officer is legally required to detain you.

Once your case makes it to immigration court, the harsh reality of asylum claims is that denial rates vary drastically from judges to judges, from location to location and from year to year. The strictest judges deny 99 percent of all claims that come before them, while the most lenient judges, deny only 15 to 20 percent of the claims they adjudicate.

Although overall approval rates are now under 20 percent, this statistic is misleading — many cases are dismissed because applicants fail to show up at their hearing, while other applicants voluntarily withdraw their claims. 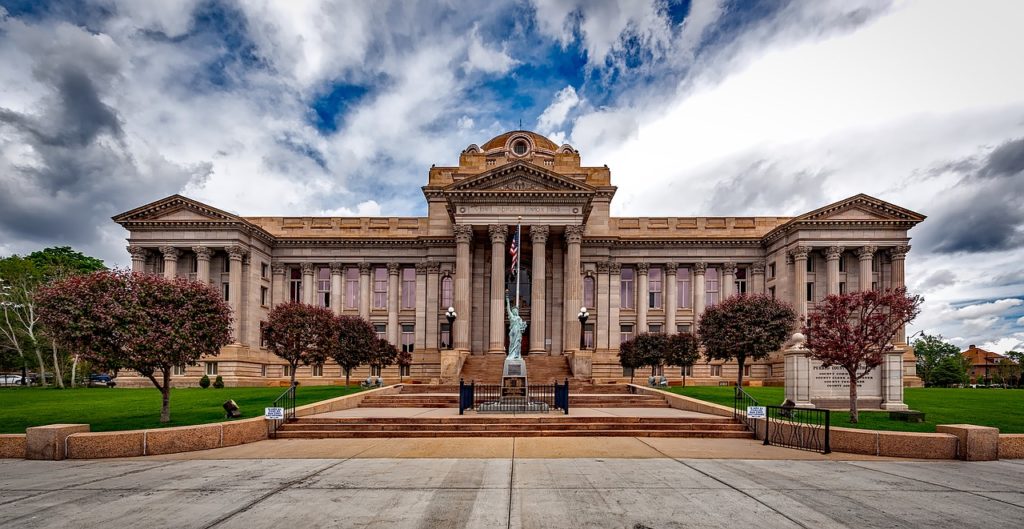 Immigration hearings work a lot like criminal trials, except that you don’t enjoy some of the constitutional protections that you would enjoy in a criminal trial. Although you don’t have the right to a government-funded attorney, you may bring one with you if you are willing and able to pay for legal services on your own.

You can bring witnesses, and you will likely be questioned along with your witnesses. You will have a chance to present your case to the judge, either personally or through your lawyer. Either you or your lawyer can submit a brief to the court in support of your claim.

If the court orders you removed, you can appeal the decision to the Board of Immigration Appeals (BIA). The US Attorney General is entitled to intervene in your case and overrule the BIA; however, this is rarely done. If the BIA rules against you, you can appeal to the US Court of Appeals. Very few claimants win at this level, however — the approval rate is about eight percent. It is also possible to be deported while your appeal is still pending. 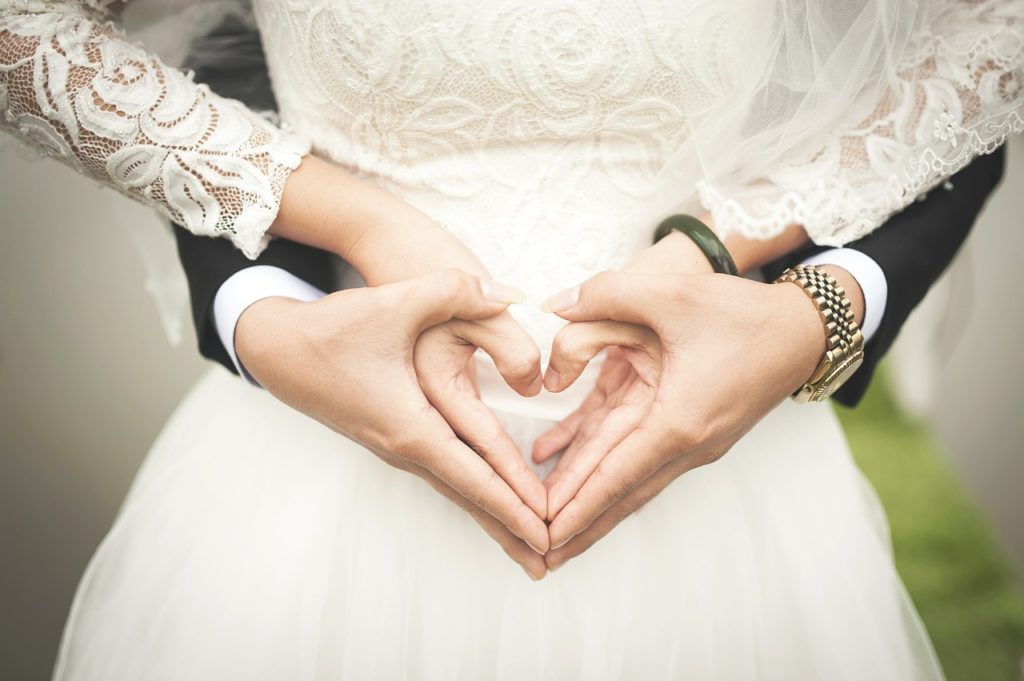 Furthermore, if you entered the US illegally in the first place, you will not be able to adjust your status to a permanent resident without leaving the US and applying from abroad, even with a US citizen spouse. Leaving the US could be problematic, however, if you have spent more than 180 days in the US in unlawful status. You could be barred from returning to the US even if you marry a US citizen. It is usually better to marry first and never apply for asylum in the first place.

Take care before you file an asylum claim. If your asylum claim is found by being fraudulent or “frivolous” (completely lacking in merit), you could be ruled permanently ineligible for any U.S. immigration benefits — even a visa based on other grounds, such as student status.