Richard Herman, a nationally-renowned immigration lawyer and co-author of the book, Immigrant, Inc. – Why Immigrant Entrepreneurs Are Driving the New Economy (and how they will save the American Worker) (Wiley, 2009), says that this new immigration bill, if passed by Congress, will make America stronger:

“Our current immigration system is broken, fails to treat people with dignity, separates families, and undermines our economy and safety.  Legalization of undocumented immigrants, many of whom have lived and worked in the U.S. for more than 10 years and have deep roots in the community, deserve an opportunity to join the American family.  Similarly, for too long, the U.S. immigration system has disregarded the talents of highly-educated immigrants, many of whom have left the U.S. or have immigrated to more welcoming countries.  The Biden Immigration bill is a great first step in modernizing an antiquated system and re-imagining how our immigration laws must reflect our character as a nation of immigrants.”

This bill comes after former President Trump has waged a four-year war on immigrants, both undocumented, as well as legal immigrants.  Leveraging white nationalist ideology and the pandemic, Trump implemented measures to restrict legal immigration and demonize immigrants.

It is anticipated that nearly 11 million undocumented immigrants may be eligible to normalize their immigration status should the Biden bill become law.  Additionally, hundreds of thousands of highly skilled immigrants, primarily those from India and China, who have been waiting years for a green card, will be able to obtain permanent residency should Congress approve.

What Does Biden Propose?

“This plan represents a major pivot, away from nativism, division, and hatred, towards a more inclusive, humane, safe and economically vibrant America.” 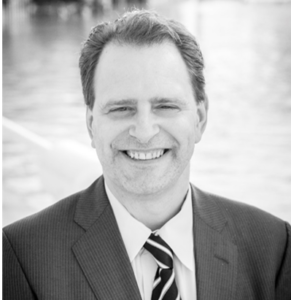 Richard Herman is one of the pioneers of the movement by Midwest cities to attract and welcome immigrants who can help grow the economy, create jobs and reverse progressive depopulation. Wish to find out more about Evolution casinos? Then look at this review. You will learn all advantages and disadvantages of Evolution Gaming games as well as platforms to play on.

He regularly advises cities and counties on innovative ways to leverage existing immigration law to create jobs and attract foreign direct investment.  Voted for inclusion in the 2015-2020 editions of The Best Lawyers in America© and listed in Super Lawyers© for more than fifteen consecutive years, Richard began his immigration law career by moving to Moscow, Russia in 1993, straight out of law school, to eventually open a law office two blocks from the Kremlin to represent post-Soviet entrepreneurs.

As an authority on U.S. immigration law and a provocateur for immigrant-friendly, pro-entrepreneur policies , Richard is often invited to strategize and deliver keynote addresses around the country, as he has often done for Michael Bloomberg and Rupert Murdoch’s Partnership for a New American Economy, chambers of commerce, universities and cities.

Known for his direct and sometimes controversial style, Richard has appeared in numerous national media outlets, including FOX News, National Public Radio, and has appeared in the New York Times, USA Today, BusinessWeek, Forbes, Inc., PC World, Computerworld, CIO, TechCrunch and InformationWeek. He is the co-author of the book, Immigrant, Inc.

Richard is married to Kimberly Chen, an immigrant from Taiwan who overcame her undocumented status to become an American physician. They live in the Cleveland area with their two children, whom they are raising to be citizens of the world.