“Green Cards” For Your Spouse

For couples who are already married and the United States’ citizen or lawful permanent resident spouse would like for their foreign-born spouse to apply for a “green card”, the first step to take is to file the Form I-130, Petition for Alien Relative.

Petitioning for the Foreign-Born Spouse 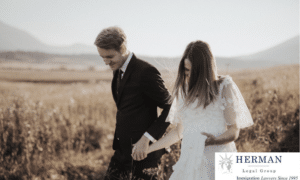 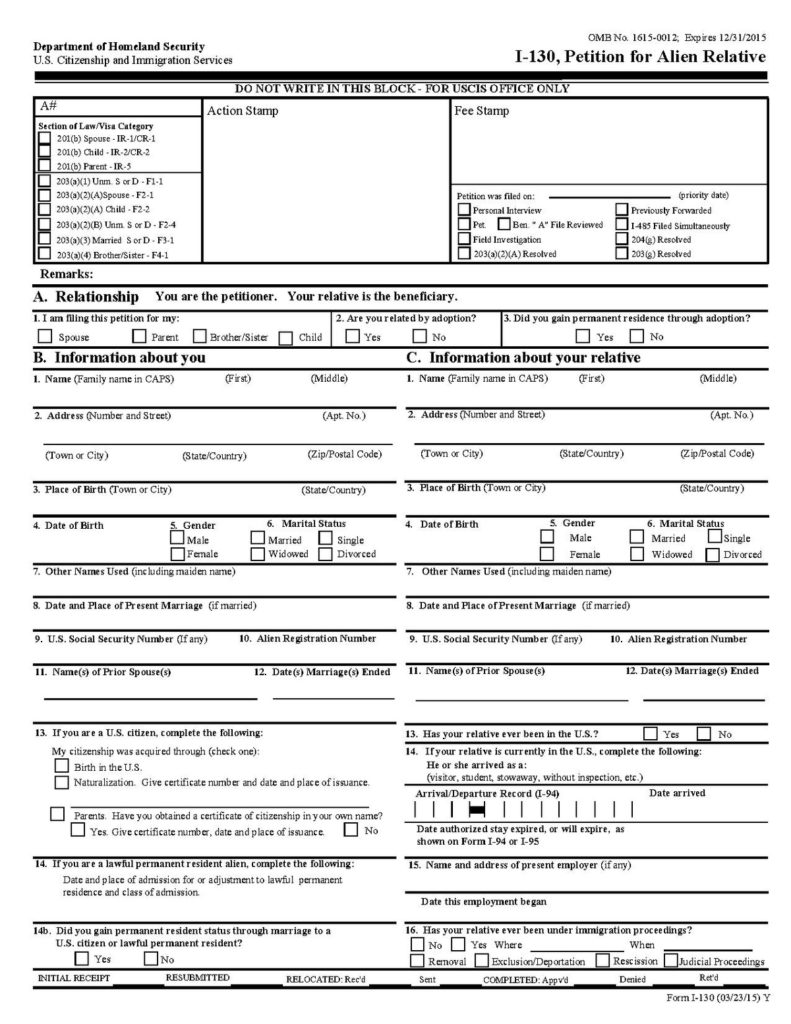 I-130 Petition for Alien Relative

Note: Based on a U.S. Supreme Court decision, Obergefell v. Hodges, same-sex spouses of U.S. citizens and Lawful Permanent Residents (LPRs), along with their minor children, are now eligible for the same immigration benefits as opposite-sex spouses.

The current filing fee for the I-130 Petition is $535.00.  There is no fee to file the Form I-130A as it is a required form to submit when filing for a spousal petition. It is always best to check the USCIS website to verify the current fee and to download the current Forms I-130/I-130A

If the beneficiary is in the United States, is eligible to adjust their status to lawful permanent residency, and an immigrant visa is available, the I-130/I-130A packet can be concurrently filed with the USCIS Form I-485, Application to Register Permanent Residence or Adjust Status, to the designated address.

If the U.S. citizen petitioner and beneficiary reside overseas in a country where USCIS has an international office, the Form I-130 packet may be filed at the USCIS Chicago Lockbox facility. The address is located at the website link posted above.

For a U.S. citizen petitioner and the beneficiary who live overseas in a country where USCIS does not have an international office, you may file for your foreign-born spouse at the U.S. Embassy or consulate that has jurisdiction over the country where you live only there are “exceptional circumstances” and the USCIS Field Office Director approves the processing of your Form I-130 packet.

Some examples of “exceptional circumstances” are:

Note: Maybe provide a link to the Memo re: “Exceptional Circumstances”? Exceptional circumstances (PDF, 61 KB) I can send you the USCIS Memo if you think we should have it posted.

Applying for Your “Green Card”

When a beneficiary can apply for the “green card” will depend on whether the petitioner is an LPR (a “green card” holder) or a U.S. citizen.

Petitioner is a Lawful Permanent Resident

A lawful permanent resident petitioning for their foreign-born spouse will first send their petitions to the USCIS for processing. Once approved the petitioner will receive a Form I-797, Notice of Action.  On the Form I-797, a “Priority Date” will be noted and this is the date to track when an immigrant visa is available for the beneficiary.

The beneficiary falls under the “Family Preference” category, F2A, that also includes minor children (20 years old and below) of the beneficiary.

The waiting period for an F2A immigrant visa to be available depends on what country the beneficiary is from.  Below is an example of the availability of immigrant visas for spouses and minor children of lawful permanent residents (F2A) for the month of May 2019. The dates signify the “priority dates” that is noted on the I-797 approval of the I-130 petition

Once you have your approval notice and you are a lawful permanent resident you can track the priority dates on a monthly basis at https://travel.state.gov/content/travel/en/legal/visa-law0/visa-bulletin.html

Once the immigrant visa is available, then the application for the “green card” will have to be through “consular processing.”  If the beneficiary of a lawful permanent resident is in the United States, please consult a qualified immigration attorney because there will be “red flag” issues such as presence in the U.S. without a valid immigration status and the subsequent issue of unlawful presence once the beneficiary returns to their home country for “consular processing”.

If the petitioner applies for naturalization and becomes a U.S. citizen, then the petition for the beneficiary is upgraded to that of an “immediate relative” and an immigrant visa is available immediately.

For the derivative child included in the beneficiary’s initial Form I-130, the naturalized U.S. citizen petitioner will have to file another I-130 petition for his or her minor child.  Since the child is a minor when petitioning, the child will be categorized as an “immediate relative,” therefore, will have an immigrant visa available also.

For an “immediate relative” beneficiary who is in the United States, even if not in valid immigration status, the beneficiary may be able to adjust his or her status to that of a lawful permanent resident.

However, it is important to consult with a qualified immigration attorney to discuss any other immigration issues you may be concerned or if the beneficiary has any inadmissibility issues discussed in the Adjustment of Status section.

There is an immigrant visa immediately available and depending on where the beneficiary spouse resides, he or she can either file an “adjustment of status” in the United States or “consular process” in his or her home country.