Most foreigners who come to the U.S. may not have the intent to stay permanently, return to their home country.

But, it’s not uncommon for nonimmigrants to fall in love and marry a U.S. citizen or a green card holder while they are on H-1B status in the U.S. If the same applies to you and you are thinking about filing a marriage-based green card application, we have good news: you can apply for a green card to permanently ensure your stay in the U.S. and continue working and living with your loved one.

The process of getting a green card as an H-1B visa holder might be complex, so it’s important to understand differences that will mostly depend on whether your spouse is a U.S. citizen or a green card holder.

But, before we dive in: bear in mind that having an attorney’s support can speed the green card application process up and prevent you from making mistakes and losing the opportunity to get the green card. The green card process might seem complicated, but we can help you turn it into an unforgettable experience! Whatsmore, the green card also gives you a pathway to U.S. citizenship.

As you can guess from its name, a green card based on employment is initiated by a U.S. employer who wants to sponsor an employee for permanent resident status to work in the United States.

The H-1B falls under a nonimmigrant work visa category that is intended for foreign workers for specialty jobs that require a bachelor’s degree or equivalent.

Sponsoring workers to get the green card through employment costs money to the U.S. employer, so it is typically reserved for well-educated employees having skillsets, not in strong supply on the U.S. workforce market. 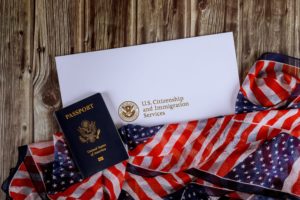 Transitioning from the H-1B visa to a Green Card

Unlike some other visas, to receive your green card through transition from an H-1B, your U.S. employer has to initiate it. U.S.-based companies that sponsor foreign workers for employment visas are typically held for green card sponsorship.

An employee can obtain an H-1B green card through a rigorous process passing three phases.

The employer must file a PERM application. The PERM stands for Program Electronic Review Management with the U.S. government. The purpose of the PERM process is to ensure that:

The other purpose of the PERM labor certification is to protect U.S. workers and the H-1B green card applicants from artificially lowered wages.

After filing the PERM application, the employer now must file one more form to request an employment-based visa, I-140, Immigrant Petition for Alien Workers. After successfully filled, the employee or the beneficiary gets a “priority date” stating “the place in line.”

The H-1B holder must maintain lawful immigration status. If their I-140 petition (labor certification) was filed a year before the beginning of their exemption from the normal 6-year limit, H-1B workers could request an extension of their status in one-year increments.

After U.S. Citizenship and Immigration Services USCIS approved Form I-140, and a visa is available, the H-1B holder may adjust status to permanent residence status. The employee must continue to live inside the United States and be in valid immigration status. He or she can adjust status by submitting I-485, Application to Register Permanent Residence.

The H-1B is one of two visas considered a dual intent visa, which means that the H-1B holder can travel without abandoning their adjustment of the status case based on marriage as long as they:

Discussing the future with Employers 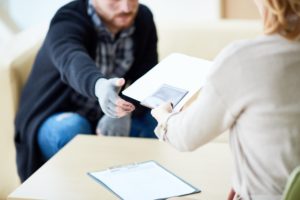 Although there are many foreign workers in the United States, not all employers may commit to offering an H-1B worker a green card sponsorship.

At the beginning of the worker’s contract, the employers will assess their skills, how committed they are, whether they benefit the company, etc. Sometimes, it can take years before discussing the possibility of a green card petition with their employers. Once the employer is satisfied, they may offer to noncitizens to sponsor their petitions.

However, keep in mind that if your employer offers you the sponsorship a few months before the expiration date of your H-1B visa, it may be too late. So, ideally, you should find out if your employer is willing to sponsor your green card application by starting their sixth year on an H-1B.

The H1B is a dual-intent and nonimmigrant temporary visa, meaning holders are eligible to apply for a green card.

Whatsmore, they can do it without leaving the United States, and government officials won’t suspect them having misrepresented their intentions when they first arrived.

The H-1B does not make you eligible for permanent residence automatically. Besides the employment-based path for H-1B holders, various ways lead to a marriage based green card through the H-1B green card process.

The H-1B is genuinely a flexible visa, as it can be used to travel before receiving advanced parole. For most other visa categories, the adjustment of status would be abandoned entirely if the visa holder traveled without advance parole, such as if the applicantt had an O-1  visa.

If you are a foreigner working in the United States on an H-1B, you may stay for up to six years. When your H1-B expires, you must depart the United States and return to your home country, or have an employer who wants to sponsor you for permanent residence (green card).

If you are on an H-1B, there are no legal restrictions to get married to a U.S. citizen as long as you comply with U.S. laws.

Moreover, as an H-1B holder, you can apply to adjust status or go toward the marriage based green card through other pathways without affecting your status. 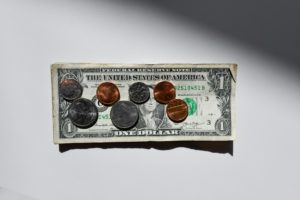 High costs are associated with transitioning from an H-1B to a green card that may discourage U.S. employers from sponsoring their workers. Still, also noncitizen workers should pay some of the fees themselves.

The fees for a green card application form H1-B include:

Whatsmore, there could be some additional costs, such as hiring an attorney. Many H-1B workers decide to hire an attorney because they find understanding the U.S. immigration law challenging to follow and want to make sure their applications are correctly filled.

How to Obtain a Marriage Green Card While you Hold an H1-B visa?

As we mentioned above, the H-1B visa is a “dual-intent” visa which means that holders can use it to come and work in the United States even while they’re seeking permanent residence.

In other words, H-1B visa holders apply for green cards from the United States without being suspected of having misrepresented intentions when they arrived.

Two Paths to a Green Card

As we stated in the beginning, there are two paths to switching from the H-1B to the green card, depending on whether your spouse is a U.S. citizen or a lawful permanent resident.

Path 1: Your spouse is a U.S. citizen

Spouses of U.S. citizens have a more straightforward route to a marriage green card. They start the process by filing the required USCIS forms.

To start the process, there are two USCIS forms that an H-1B holder has to file:

To save time and speed the process, you can file both USCIS forms at the same time through the process known as “concurrent filing.”

After submitting Form I-485, you can obtain a travel permit if you plan to have any trips outside the United States.

How To Get a Work Permit?

The application process can take some time, so you should apply for a work permit, as well. This application is officially called the “Employment Authorization Document,” or EAD. You can file EAD at the same time with your green card application, and in about 150 days, you’ll receive the approval of your work permit.

If you do not receive a work permit and your H-1B visa expires, you’ll have to stop working and continue after receiving work authorization again.

Path 2: Your spouse is a green card holder

The main difference is that spouses of green card holders can’t use concurrent filing as spouses of U.S. citizens, making the process much longer. In other words, you will have to submit the family sponsorship form and wait to receive a visa number.

Once your immigrant visa category priority date is current, you will be able to submit your marriage green card application.

The waiting period to receive your green card after submitting the family sponsorship form before continuing can be up to two years.

Like spouses of U.S. citizens, spouses of green card holders can also apply for a work permit after filing I-485.

How to Get a Work Permit?

H-1B visa holders who are married legal permanent residents can also apply for a work permit at no extra cost.

This can cause problems if you reach the 6-year maximum on your visa before becoming eligible to apply for a green card. In your visa expires, you will have to leave the United States and use “consular processing” to continue the green card application.

How Long Does It Take to Switch from an H-1B to a Marriage Green Card?

As we mentioned above, the timeline for getting a marriage-based green card will depend on whether you’re married to a U.S. citizen or green card holder:

Spouses of U.S. citizens usually need to wait between 10 and 13 months to receive their green card.

However, the state you live in can also impact your wait time because not all field offices have the same processing time.

Also, remember that if your marriage is less than two years old when you will receive a conditional green card with two years of validity.

How An Attorney Can Help you Become a Permanent Resident? 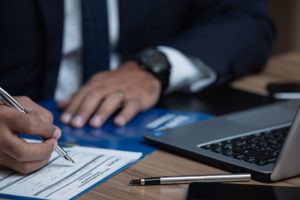 Immigration paperwork for the green card application can be complex and confusing.

The marriage-based green card process may last for a long time. No matter if you are married to a U.S. citizen or a green card holder that will determine your pathway to the green card from H1-B and eventual U.S. citizenship, there are many reasons why hiring a lawyer from the first phase can be conducive and can save you time and money.

Richard Herman is our attorney who can support you on your way to transition from H1-B or other visa categories to the green card, and hopefully U.S. citizenship. We have been helping our clients to bring their families to the U.S. for more than 20 years.

Also, we speak more than 12 different languages, so call now to request your consultation!