Impact of COVID-19 on US Immigration and Travel Restrictions

Within the last week, social awareness and safety protective measures have skyrocketed in light of the severity of dangers to US public health resulting from coronavirus disease (COVID-19). Nationwide, schools have suspended all activity. Colleges and universities are shifting to strictly online-courses for the remainder of the term.

Local businesses are either facing temporary closings or suffering from economic recession, and states are limiting the maximum capacity of public social gatherings. As a result and in efforts to combat the spread of coronavirus, days ago, President Trump officially declared a national emergency.

Just over a month ago, the worldly virus seemed to be of little importance to the US, as it had yet to contaminate people on US soil. However, as international cases became more present, the Trump administration slowly took caution to protect the health of the US population.

Within a five weeks’ span, President Trump issued 3 presidential proclamations concerning travel restrictions and US entry, all of which shall remain in effect until terminated by the President:

These travel bans do not apply to certain persons, such as US citizens, US lawful permanent residents and spouses, and others as determined by the CDC Director. Furthermore, some consular services abroad have been suspended and are limited to few locations available for emergency visa services only. 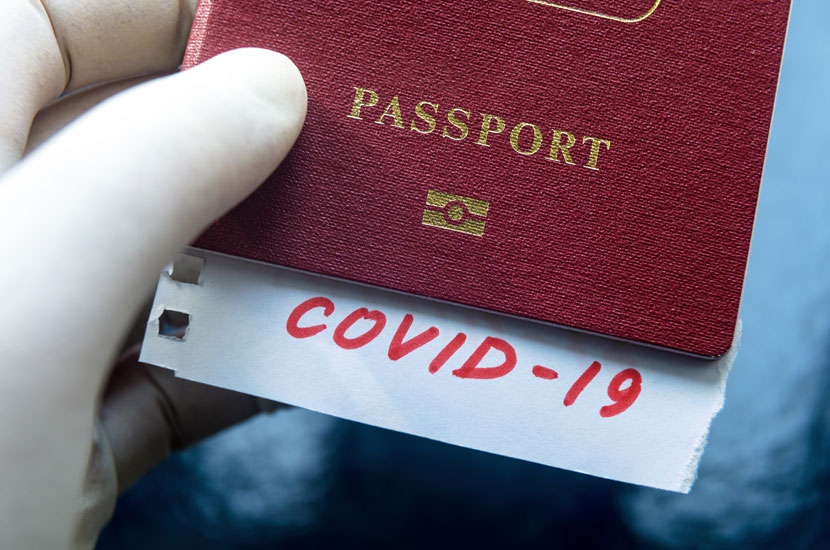 These travel restrictions have largely impacted students and exchange visitors (SEVIS). There are very limited options for students to keep their SEVIS status active while outside the US during an academic term. According to the Office of International Studies (OIS), absent an option to maintain SEVIS status, OIS is required by law to end the student’s SEVIS status.

This means that once a student is able to resume studies in the US, they must first obtain new immigration documents from OIS issued under a new SEVIS program. Currently, the DHS has not addressed any exceptions for students who are stuck abroad because of travel restrictions. Other consequences may arise, such as the loss of eligibility for OPT after completion of the student program.

However, the USCIS has discretion to extend or change status, and in some cases provide student work authorization, for exchange visitors whose travel is impacted by COVID-19.

While the US seeks to isolate itself from global travel to contain domestic growth of coronavirus, recently implemented immigration policies have made the US environment its very own petri dish. Current public charge policy holds immigrants who are found to be a public charge are subject to ineligibility for permanent residency.

In fear of being found a public charge, many non-citizens are dropping their publicly funded health insurance, such as Medicaid, and many are refraining from attending medical appointments and dropping health care in light of the new immigration policy.

For example, non-citizens who may be experiencing symptoms of COVID-19 may forego testing in fear of being found a public charge, creating dire consequences for public health and likelihood of spreading the virus.

However, due to these growing concerns, USCIS has announced that seeking testing, treatment, or preventive services for coronavirus will not affect someone’s immigration status under the rule.

Lastly, though the many restrictions, nationwide shutdowns, and the compelling interest to practice social distancing, the immigration courts remain unmodified. The courts, in general, are centers of human interaction. Judges, juries, witnesses, and the general public come and go by the hour through these institutions, where human contact is unavoidable and spread of potential COVID-19 infections is highly plausible.

Take Ohio, for example, where some county courts have taken a pause and have postponed trials in order to protect the public and its employees. However, the immigration courts continue regular operation.

This sparks much concern among immigration judges, as immigration courts particularly attract international visitors who may have recently traveled internationally. Accordingly, on March 12, 2020, the National Association of Immigration Judges (NAIJ) sent their second pleading letter to the DOJ expressing their health concerns and seek additional protective measures in light of the outbreak. Below is an excerpt of their interest in affairs:

Specifically, non-detained master calendar dockets must be completely suspended because they present a continuing and unacceptable risk in the current environment.

Many of the respondents have recently traveled internationally or live in close contact with those who have. In addition, many master calendar dockets include family groups with small children, and, of course, many respondents are accompanied by friends, relatives, and attorneys. These master calendar dockets bring hundreds of people into close and extended contact with each other and with the Immigration Judges, interpreters, and court staff.

This is exactly the type of situation the White House, CDC and other public health authorities urge us to avoid, and we trust that you will agree that it is untenable and irresponsible in light of the current spread of COVID-19 infections across the country.Therefore, we call on you to suspend all non-detained master calendar dockets for the duration of this public health crisis.

As US government and high officials undergo many changes in flexibility and responsibility during the pandemic, we can expect many more updates and modifications in the following days and weeks during the peak of US exposure to the coronavirus outbreak.

How our city officials, higher authorities, and federal government reacts to combat the spread of infection and protect public health reflects our persona in the international realm. In the meantime, practice safe and precautionary measures to protect yourself and your local and national community.