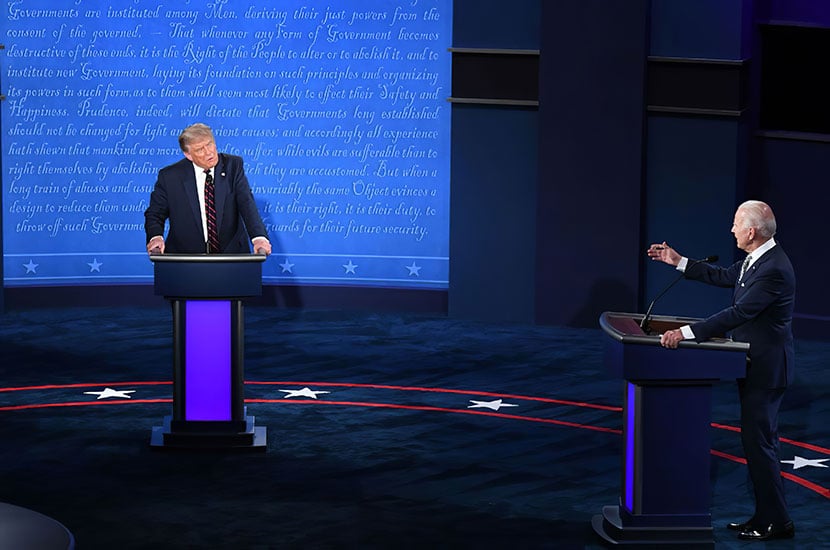 The Trump administration brought the US immigration system to a standstill during the waning days of his presidency, especially for Dreamers, TPS holders, asylum seekers and other vulnerable immigrants.

Joe Biden´s election to the White House, however, promises to restore humanity and American values to our immigration system. On February 18, 2021, President Biden submitted the US Citizenship Act of 2021 bill to Congress. If Congress approves it, the bill will reform much of the Trump-era immigration system and create four new pathways to citizenship that could benefit up to 11 million individuals. 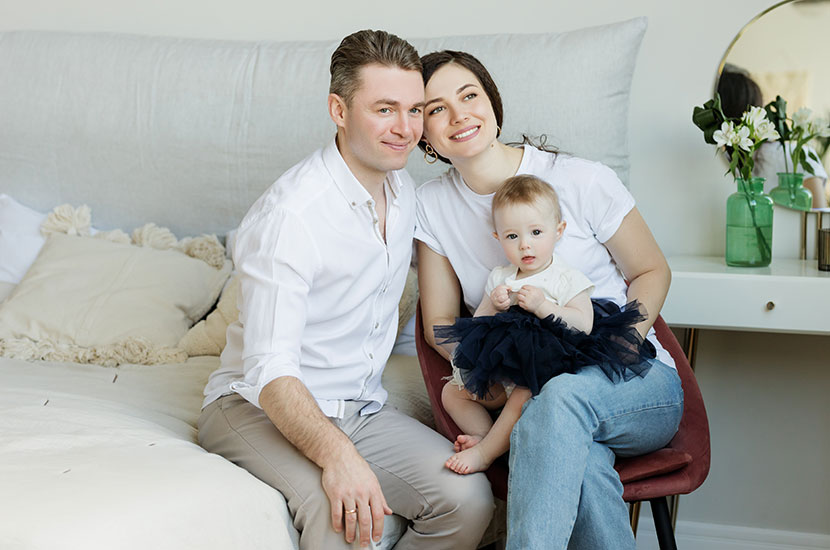 The Four Pathways to Citizenship for Undocumented Immigrants

You must meet certain threshold requirements set forth in the bill before you can avail yourself of any of the four new pathways to citizenship. These requirements are as follows:

The four new pathways are typically not available if you were a permanent resident, refugee, asylee, or lawful nonimmigrant on January 1, 2021. Keep in mind, however, that you might be able to use other aspects of the immigration system to obtain permanent residence based on your legal status. Certain spouses and children of eligible intending immigrants can also seek permanent residence under the bill´s new pathways. 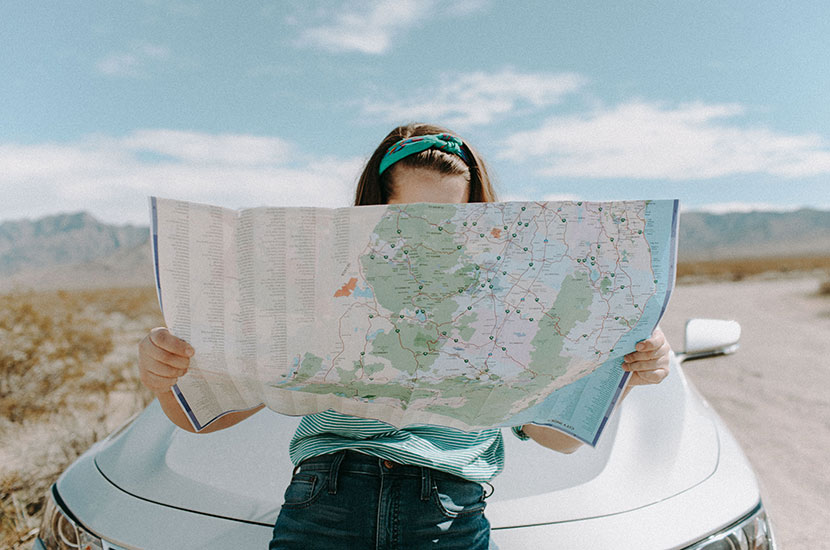 If you qualify under the foregoing standards, you will enjoy the following fringe benefits: 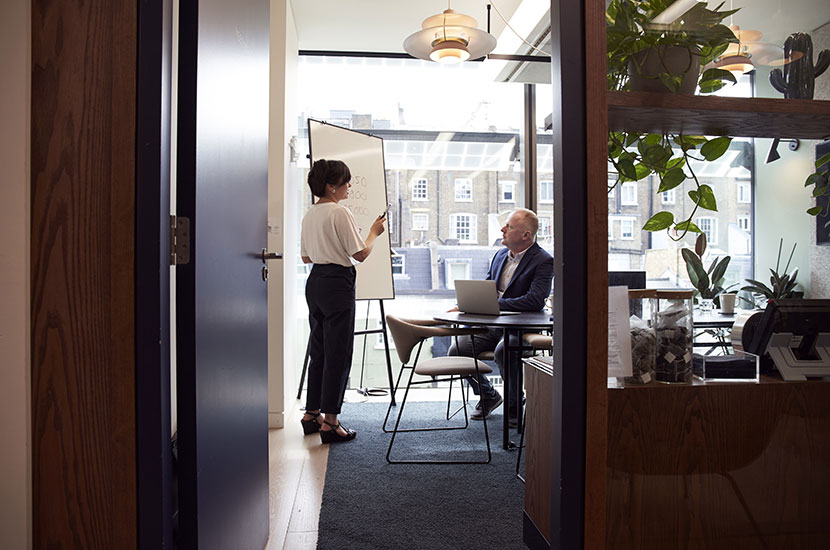 If you qualify under the threshold requirements of the bill, you will be able to seek Lawful Prospective Immigrant status. Under this status, you will be allowed to remain in the US in six-year renewable increments. Although you will not be counted as a lawful permanent resident, you will be able to work, study and purchase health insurance. You will also be able to travel abroad for up to 180 days and return without prior authorization, and you will be able to receive a Social Security number.

Five years after you are granted lawful prospective immigrant status, you will be eligible to apply for lawful permanent residence (a green card), unless you have left the United States for 180 days in a row during that time.

Under the new bill, even individuals who have been abroad for more than 180 days will not be prevented from applying for green cards if it was authorized in advance or if it was due to circumstances beyond their control. Lastly, applicants must be current on their federal income tax obligations to qualify for green cards. 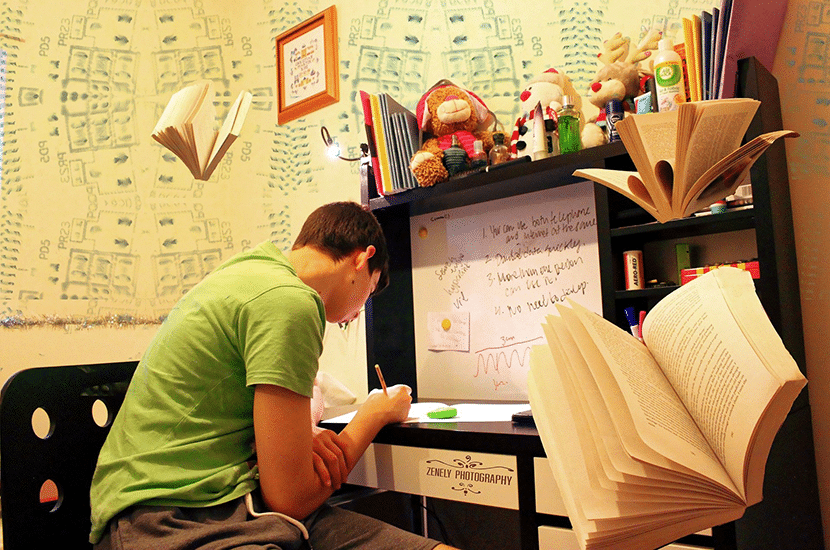 If you arrived in the United States as an undocumented child immigrant, you likely know what it´s like to live in constant fear of deportation to a country you might barely remember and whose language you might not even speak. Public sympathy has always been with you, but the Trump administration´s attitude was hostile.

While the Obama administration granted temporary DACA (Deferred Action for Childhood Arrivals) benefits to temporarily keep “DACA Dreamers” in the United States, the Trump administration ordered a phase-out of DACA protections. Only judicial action was able to delay this phase-out, and only the election of Joe Biden prevented it from happening.

The immigration system created by the US Citizenship Act of 2021 bill would put DACA Dreamers and others who entered the US as children on a pathway to citizenship. If you arrived in the United States before your 18th birthday, whether or not legally and whether or not accompanied by an adult, the new bill will allow you to become a permanent resident if:

The new bill would allow those who already hold DACA status and are eligible to renew their status to apply for green cards immediately. In almost all cases, spouses and children are also eligible to immigrate. 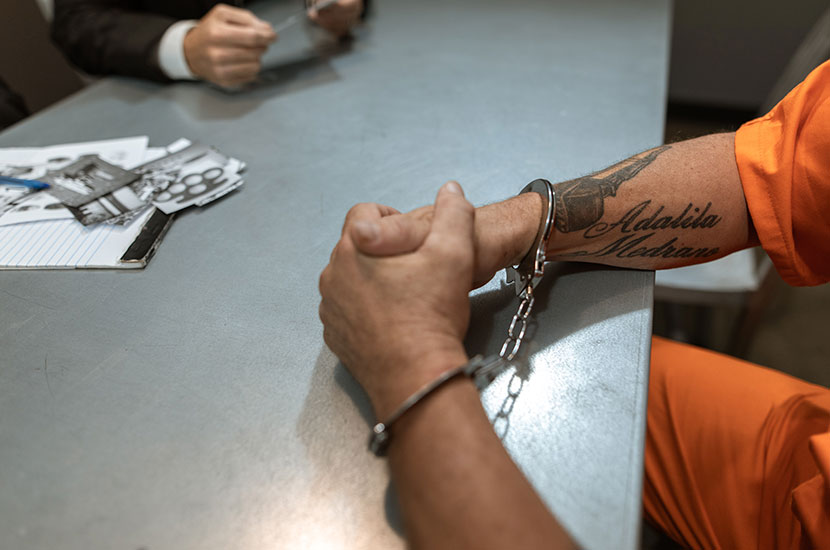 You might have been granted Temporary Protected Status (TPS) or Deferred Enforced Departure (DED) if you were in the US when an armed conflict, political unrest, or a disaster occurred in your home country. TPS and DED are special protections, based on humanity and American values, that allow you to remain in the US legally until the extraordinary conditions in your home country subside. By itself, it does not allow you to apply for permanent residence.

The US Citizenship Act of 2021 bill will allow you to obtain permanent residence as long as:

Your spouse and children will be eligible to immigrate with you. 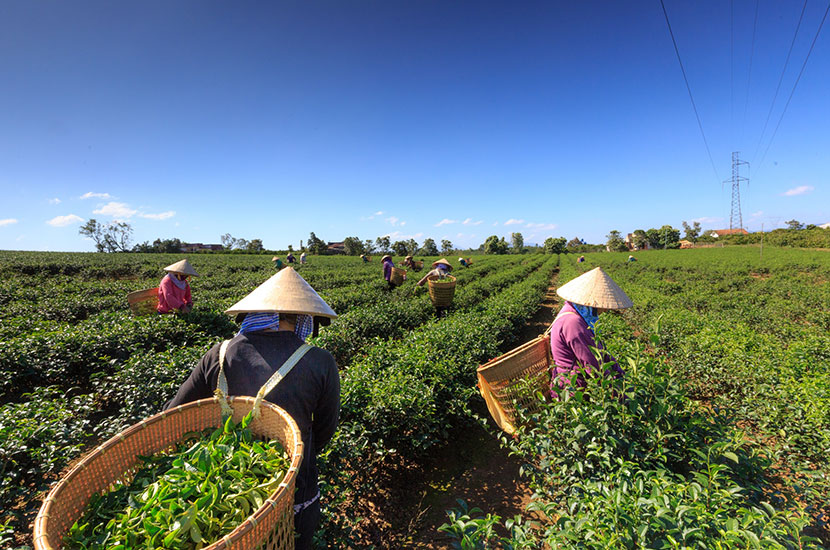 You can obtain permanent residence if you meet the threshold requirements above, and if you worked at least 2,300 hours or 400 days performing agricultural labor in the United States, Unlike the other three pathways, you do not need to have entered or remained in the US illegally to qualify. You can become a green card holder under this pathway for example, if you worked legally in the US under the H-2A non-immigrant visa program. Your spouse and children can immigrate with you. 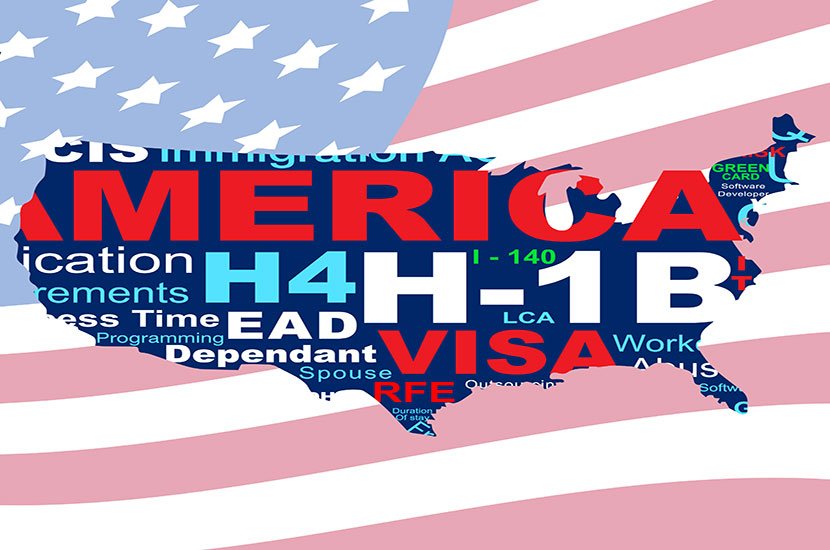 The second most significant set of reforms contained in the US Citizenship Act of 2021 is its modification of the employment-based visa system that offers green cards for workers. Some of these reforms include: 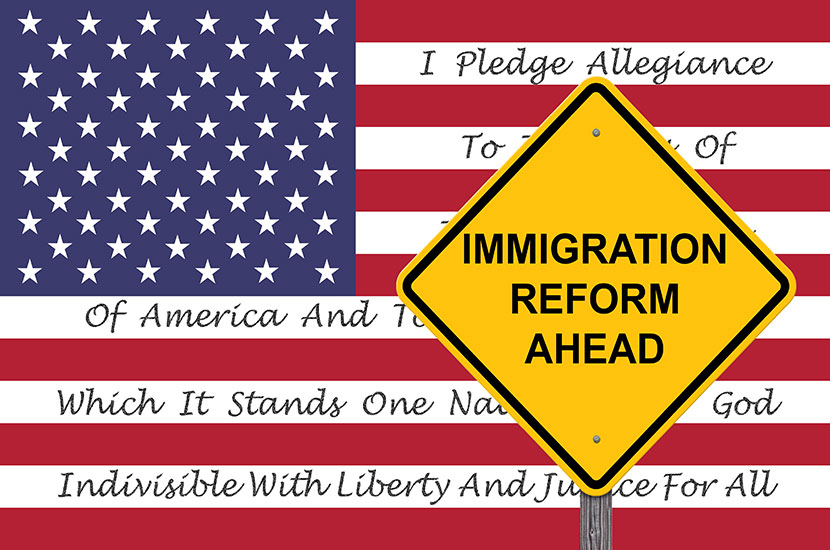 The primary family-based visa goal of the US Citizenship Act of 2021 is to reduce the backlog for these types of visa petitions. The Citizenship Act will seek to accomplish this by: 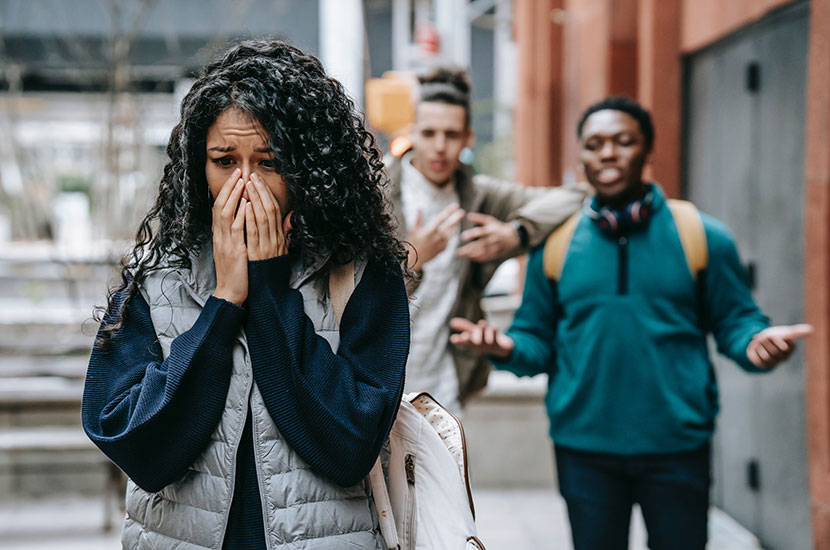 The Citizenship Act incorporates the National origin-based Anti-Discrimination Act for Nonimmigrants (the “NO BAN” Act) into its immigration system. This law would ban the type of executive order issued by former President Trump that barred the entry of immigrants based on their citizenship in certain predominantly Islamic countries.

Permission from Congress (in the form of repeal or amendment of the law) would be required to bar anyone from entering the United States based on race, religion, or citizenship, no matter who occupies the White House.

The US immigration system is clogged, inefficient, and in the eyes of many, broken. The Citizenship Act would add immigration courts, immigration judges, and USCIS adjudicators in an effort to reduce immigration and citizenship backlogs.It will also provide funding for private local programs that will benefit immigrant families. 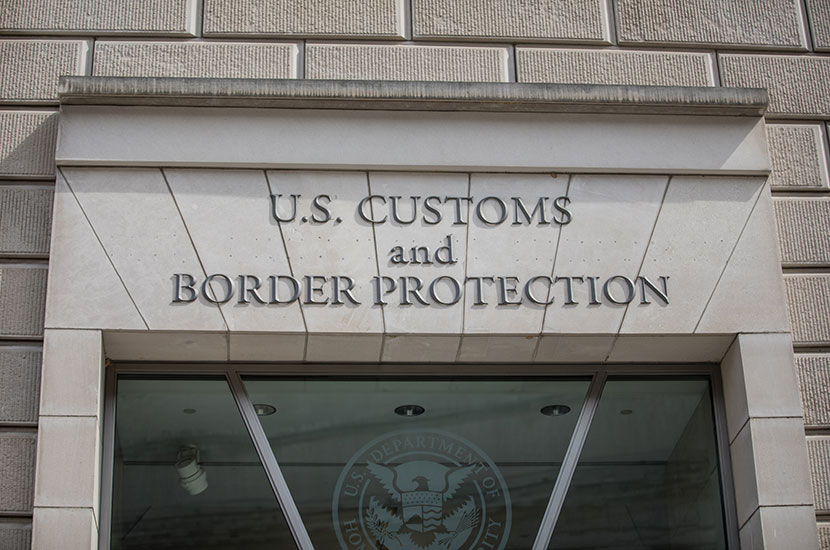 The Biden administration will seek to enhance border security, not so much through the use of a wall on our southern border as through smart border screening and aggressive pursuit of criminal organizations that smuggle people across the border.

The bill will reform US Customs and Border Protection (CBP) agent training curricula to add additional requirements for professionalism and to develop consistent standards of treatment for those detained by the CDP. It will also emphasize a more aggressive investigation of alleged misconduct by US immigration officials. Finally, it will take steps to protect border communities and immigrant families.

Addressing the Root Causes of Migration

The Citizenship Act bill allows for the provision of up to $4 billion in assistance to Guatemala, El Salvador, and Honduras. The aid contemplated by the bill is designed to reduce the corruption, poverty and violence that are the root causes of migration to the United States from Central America. The bill will also create processing centers that will allow citizens of these nations to apply for resettlement in the United States and elsewhere. 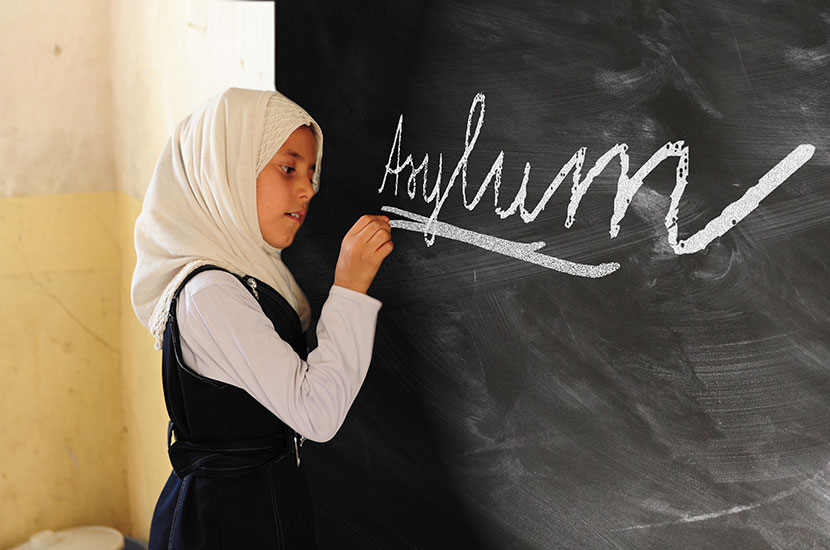 Applicants for U visas (crime victims) and T visas (victims of human trafficking) and applicants under the Violence Against Women Act (VAMA) will enjoy streamlined procedures under the bill that are designed to expedite applications. 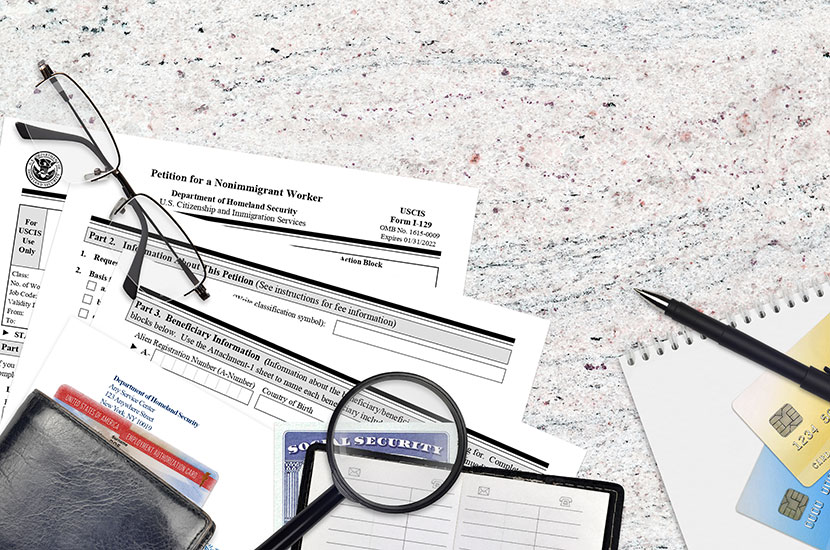 What the Bill Leaves Out

While the Citizenship Act bill is fairly comprehensive, it still manages to ignore important issues. In particular, the bill fails to adequately address the root causes of migration, and it does not adequately reform the nonimmigrant employment visa system.

For most employment-based immigrants, citizenship is the culmination of a long process that began in their home countries with the issuance of a temporary nonimmigrant visa. It is the unavailability of nonimmigrant employment visas, which the bill does little to address, that forms a bottleneck for a great number of otherwise qualified applicants.

Commendably, the bill does increase overall visa caps for several employment-based visas. What the bill does not do is create new visas for highly skilled immigration, or loosen many of the restrictive requirements for qualifying for the visa categories that do exist.

The US would do well to emulate countries like Canada and Australia, which have created new startup or entrepreneur visas. The US has benefited greatly from its status as a magnet for the world´s best and brightest, which has helped to grow our economy (think of Elon Musk, for example). With conditions improving in countries like China and India, there is a need to loosen restrictions in order to attract potential immigrants from those countries. 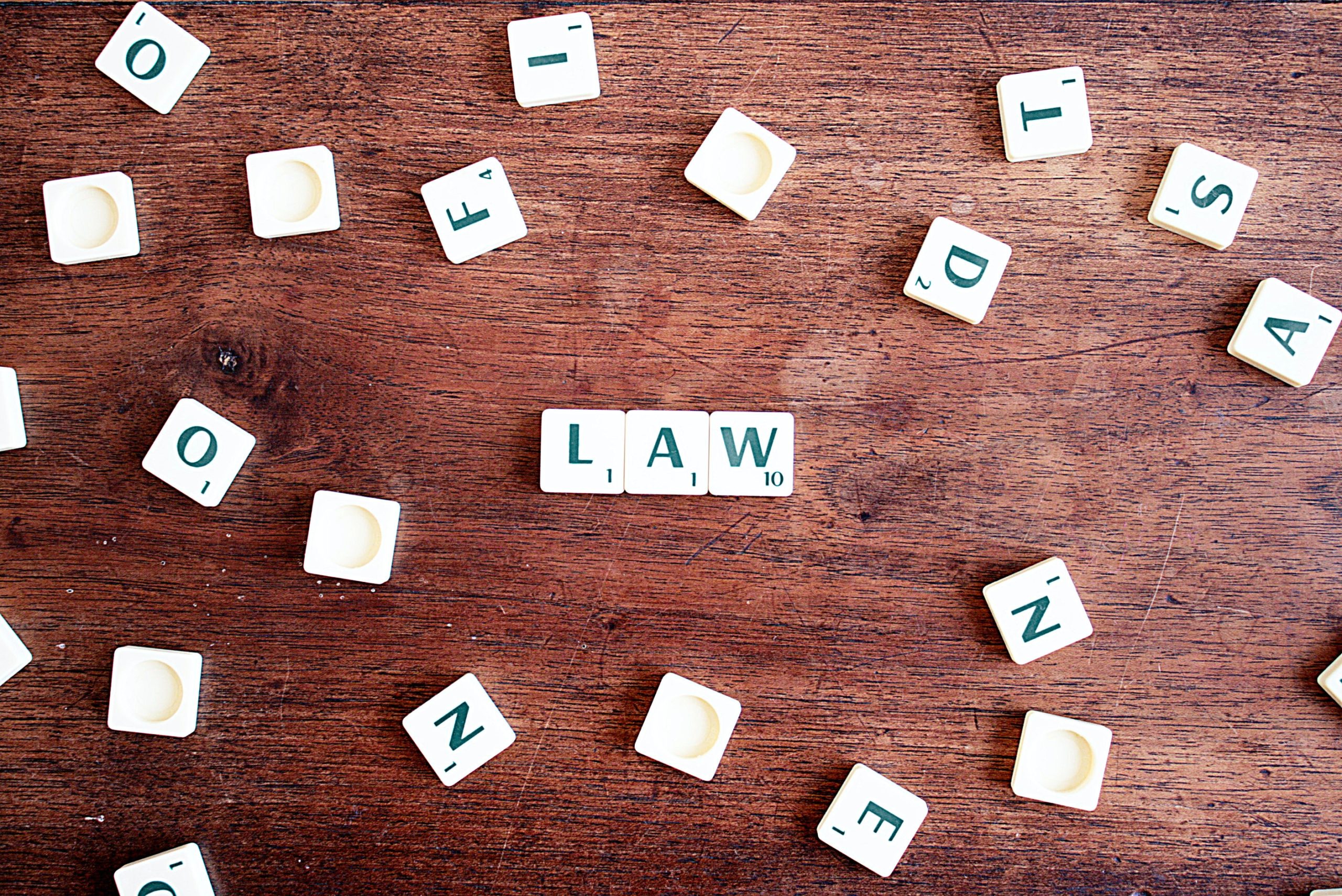 Will the Bill Become Law?

Conventional wisdom is nearly unanimous–the Citizenship Act bill will probably not be passed by Congress in its present form. A pared-down version of the bill is likely to make it through Congress at some point, though.

President Biden is unlikely to get everything that is contained in the bill. With a bit of luck and skillful political maneuvering, however, he might be able to get most of it. Hopefully, President Biden´s inauguration day of January 20, 2021, will prove to be a historic day in the history of US immigration.