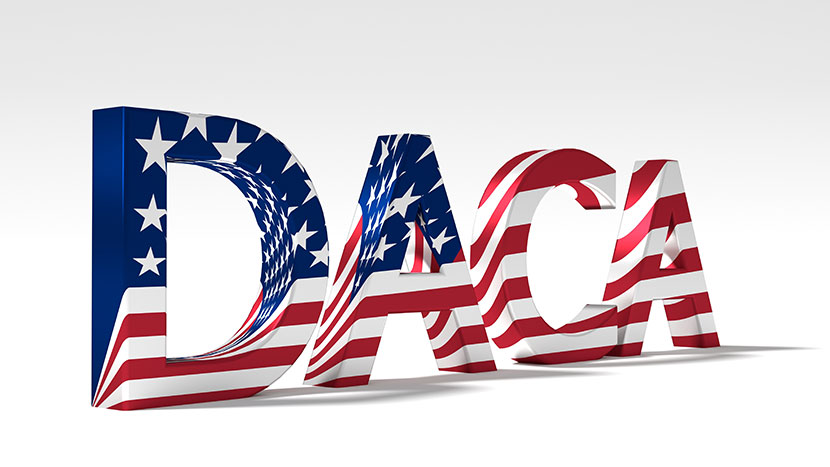 On June 18, 2020, the Supreme Court of the United States issued its ruling in Department of Homeland Security v. Regents of the University of California, which declared that the Trump administration’s rescission of the Obama-era Deferred Action on Childhood Arrivals (DACA) program was an arbitrary and capricious abuse of its authority under the Administrative Procedure Act (APA). The 5-4 vote couldn’t have been narrower.

For now, anyway, the decision protects about 700,000 DACA immigrants from deportation, approximately equal to the population of Washington, D.C. These DACA “dreamers” (as the popular press refers to them) can also continue to work legally in the US, and they can renew their DACA status when it expires.

The fragility of the Supreme Court’s legal reasoning, however, has left storm clouds gathering over the future of every DACA dreamer. 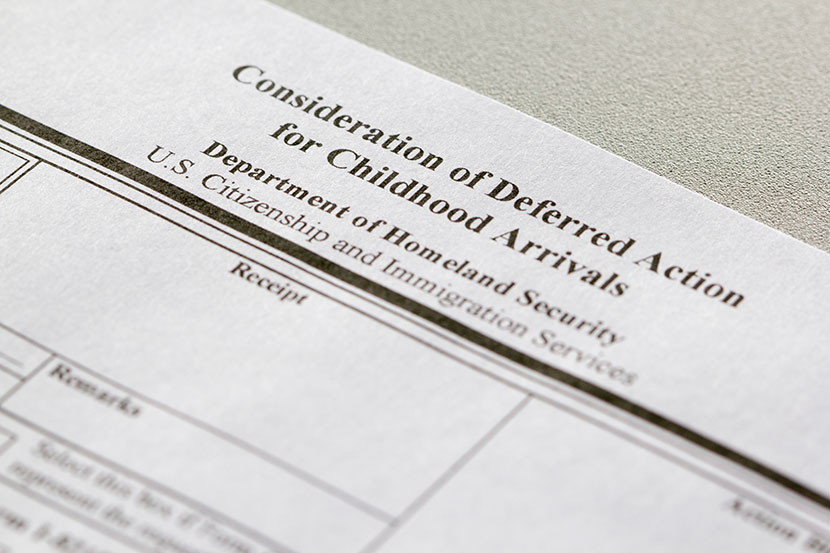 DACA was originally crafted in response to a moral dilemma — many immigrants who were considered unlawfully present in the US had come as children in the custody of their parents. Some do not speak their home country’s native language, and some have no memories of their early life there.

Why should these people, who had no choice about their initial entry into the US, be deported to a country that they might be completely unfamiliar with?

To be sure, DACA was purely a stopgap measure. It did not offer a path to permanent residency or citizenship — instead, it provided temporary relief from deportation proceedings as well as permission to work legally in the US. DACA expires every two years unless it is renewed, which renders DACA dreamers extremely vulnerable to shifting political winds.

To be eligible for DACA protections, you must meet the following qualifications:

In a nutshell, DACA dreamers are not like other undocumented migrants — they have been vetted by US immigration authorities, and they have met certain standards, such as lack of a serious criminal record. 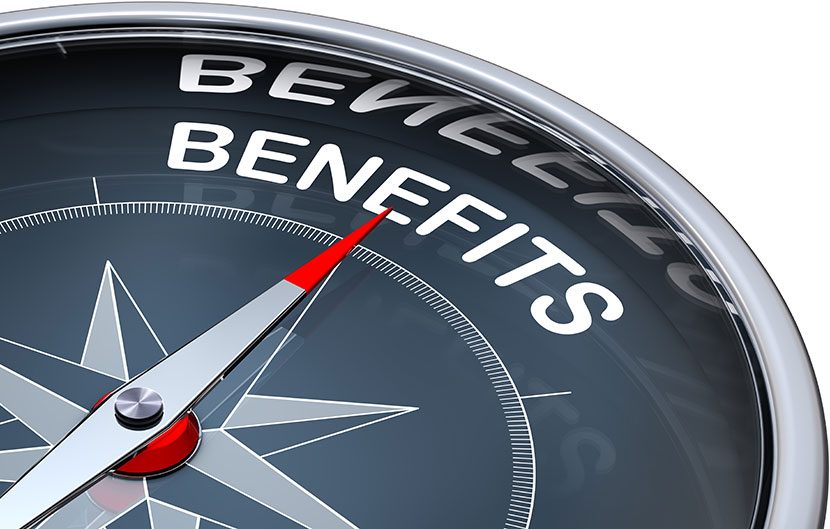 Although this case is a decision issued by the Fifth Circuit Court of Appeals, with jurisdiction over only a few southern states, it remains the law (at least within the Fifth Circuit) because the Supreme Court has so far failed to overrule the decision.

If the DHS rescinds DACA, it must demonstrate a rational basis for doing so. The Supreme Court does not have to agree with the reasoning advanced by the DHS, because the DHS enjoys discretionary authority on DACA matters. The DHS must simply demonstrate that its decision (i) is not arbitrary or capricious, and (ii) is not based on an obvious misinterpretation of settled law.

The main reason why the Supreme Court overruled the Department of Homeland Security’s rescission of DACA is that it concluded that it was based on a misunderstanding of the legal implications of Texas v. The United States.

In that case, the court ruled that DACA recipients can be legally denied many of the benefits that US citizens and many immigrants enjoy, such as Medicare, federal student aid, and work authorization.

The reasoning advanced by the DHS that triggered Supreme Court scrutiny was that since DACA recipients can be legally denied these benefits, they have no right to reside in the US and are therefore deportable.

The fact that the US Supreme Court disagreed with the DHS on the impact of Texas v. United States on DACA dreamers’ residence status in the United States does not prevent the DHS from trying again by challenging DACA based on different reasoning.

President Trump has made it clear that he will try again to rescind DACA. As he wrote on June 19, 2020, “We will be submitting enhanced papers shortly in order to properly fulfil[sic] the Supreme Court’s ruling & request of yesterday.”

Under the circumstances, it would be easy for White House lawyers to redraft the challenge to DACA to render it compliant with Supreme Court demands — which would mean the end of DACA, at least while Trump remains in office. 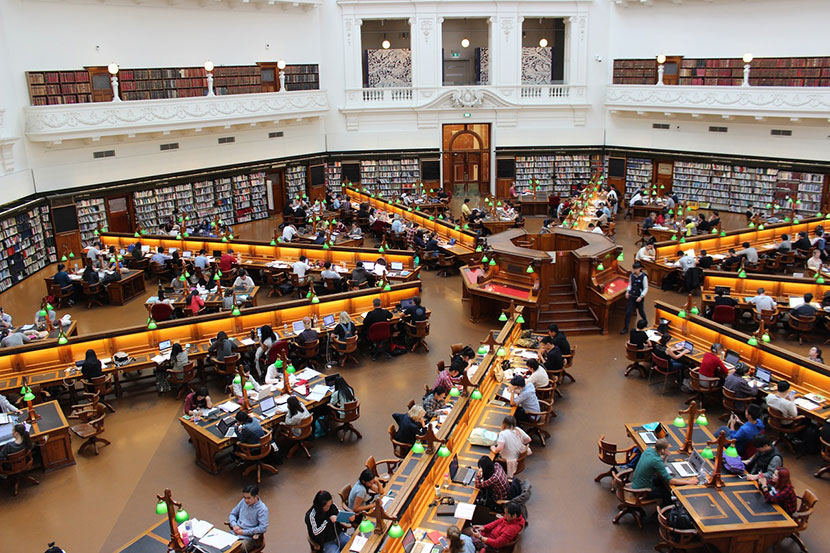 If DACA Ends: What Happens Next

If the Trump administration rescinds DACA, we are not going to see 700,000 people leave the US all at once. Nevertheless, the consequences will be far-reaching. Some of the most obvious immediate changes are described below.

All 50 states allow DACA recipients to hold driver’s licenses, including the 38 states that don’t issue driver’s licenses to illegal immigrants who lack DACA protections. If DACA ends, DACA dreamers in 38 of the nation’s states might find themselves unable to drive legally.

If DACA is rescinded, DACA recipients would no longer be considered legally present in the United States. Currently, DACA recipients can access higher education at in-state tuition rates in 20 states, provided that they establish state residency on the same terms as US citizens.

If DACA is rescinded, this number might drop to zero. In fact, in some states, DACA recipients would likely be banned from public universities altogether.

A Climate of Fear

Imagine that a former DACA recipient, present in the US since she was four years old, becomes seriously ill but is reluctant to go to the hospital because she fears deportation to a country that she can barely remember and whose language she cannot speak.

Even if it is not true that the hospital would report her to immigration authorities, her fear alone could prevent her from seeking needed medical assistance. And if she turns out to have contracted a contagious disease, she could spread it to others. 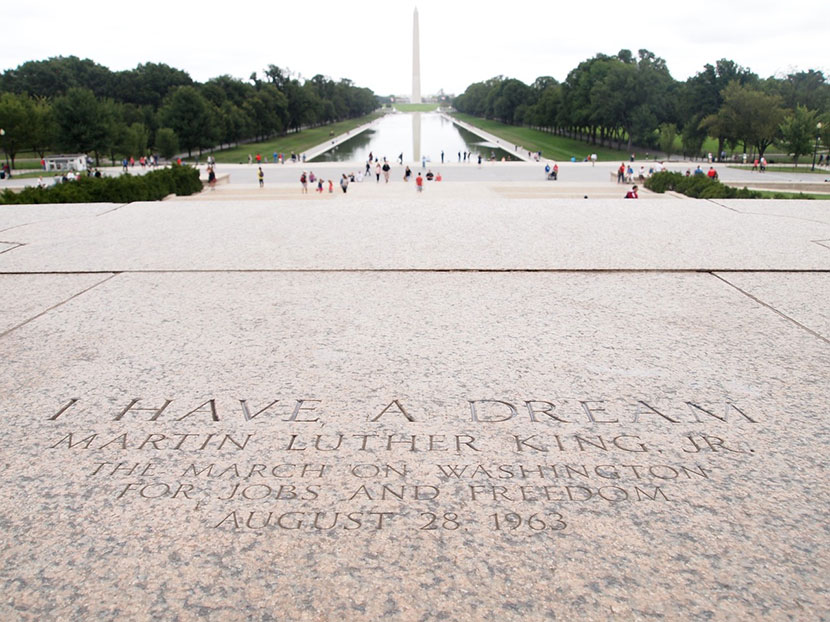 Why DACA Needs to be Retained — and Why the Trump Administration Needs an Attitude Adjustment?

DACA, as well as immigration reform in general, is good for the economic and social fiber of the country. The diversity, talent, and social integration that immigration brings are powerful drivers of economic growth, and they have been America’s “secret sauce” from even before the Constitution was written. Immigration, more than anything else, is what made America happen.

Think of countries like Japan and Russia, where the general population, as well as the labor force, shrink year after year, resulting in economic stagnation with no end in sight. Japan in particular has been in the economic doldrums for a generation now. Meanwhile, even China is facing a demographic crisis for the same reasons — an aging population and a shrinking labor force.

But this is not so much the case in the USA, despite the declining birth rate among native-born citizens and the ongoing retirement of the Baby Boom generation. The reason for our economic resiliency couldn’t be clearer — immigration keeps our labor force growing and our economy vibrant (at least while no virus pandemic is stalking the land).

The youthful demographics of most of our immigrants offset the aging of our native-born workforce in a way that non-immigration countries cannot hope to match. Indeed, even the Congressional Budget Office (CBO) admits that the aging of the US workforce is responsible for 70 percent of the decline in potential economic growth. 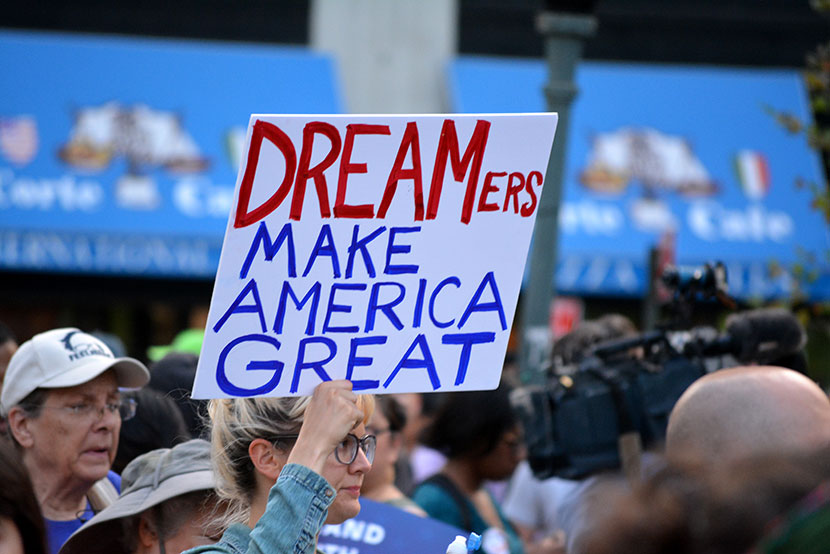 The issues at stake are far broader than DACA. Indeed, they go straight to the heart of America’s soul. Other than the idea of liberty, there has been no greater contribution to the American identity, and our astonishing accomplishments as a nation in only 250 years of existence, than our acceptance of immigrants.

Unlike almost every other country in the world, the US has never been conceived of as a family bound by blood, but as a community built on an idea — the idea of liberty. And the idea of liberty includes the commitment to an open society that welcomes outsiders. Arguably, no idea has worked better in the entirety of human history. We turn our backs on it at our peril.

Dispelling the “Immigrants Cause Crime” Lie

The myth that immigration increases the nation’s crime rate is utterly unfounded. These days, it is propagated by an administration that stokes fears of Mexican rapists and Middle Eastern terrorists, as well as sensationalist news outlets with political axes to grind who prominently report the relatively few crimes committed by immigrants while ignoring the vast majority of immigrants who are productive and law-abiding.

Consider incarceration rates, for example, since they are a relatively accurate barometer of the prevalence of serious crime among a particular group:

In other words, the truth is the precise opposite of what the fear mongers say it is.

There is a falsehood floating around many sectors of society that the consumption of public assistance resources by foreign-born people outweighs their work-based contributions. As a consequence, so the reasoning goes, our Social Security and Medicare systems will go bankrupt and our elderly will become destitute because we welcome immigrants. This assertion is untrue for a number of reasons.

One of these reasons that this assertion is untrue is that many non-citizens are ineligible for most public assistance programs.

Moreover, undocumented migrants are often afraid to apply for the few public assistance benefits that are available to them, out of fear of revealing their presence in the US to immigration authorities who could incarcerate or deport them. They may pay Social Security taxes without ever collecting benefits, for example.

Unintended Consequences of an Anti-Immigration Sentiment: The Negative Effect on Social Security and Medicare

Meanwhile, new contributions to these entitlement programs will be the responsibility of the much smaller Generation X and Millennial generations. Without new additions to the labor force, the situation will further deteriorate. The obvious solution to this dilemma is to import new workers from abroad.

Not only the possible rescission of DACA, but the entire anti-immigrant climate that prevails throughout much of the federal government is likely to put America’s senior citizens — and perhaps the rest of the country — into economic crisis as safety nets begin to fail.

Immigration Economics: A Large and Diverse Workforce Benefits Everyone

History, as well as extensive economic research, has proven time and time again that a larger and more diverse population results in more efficient exploitation of available resources and a more sophisticated division of labor.

This should come as no surprise to those familiar with word demographics. Take the nations with the most diverse workforces in the world — the United States, Canada, Australia, and Western Europe, for example — and consider how closely this group corresponds to high per-capita income.

Even prosperous but non-diverse economies such as Japan are now importing migrant workers to fight lingering economic stagnation. Immigration helps everyone. 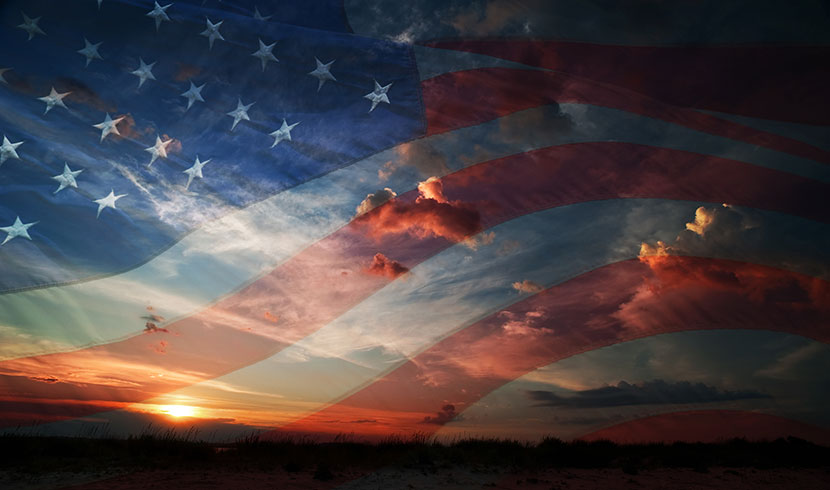 How to Protect the DACA Dreamers?

DACA, or its functional equivalent, can be kept alive indefinitely through Congressional action. Meanwhile, states can help ease the burden on dreamers if DACA is rescinded.

What Congress Can Do: Pass the DREAM Act?

Congress must pass legislation ensuring that dreamers can permanently live, work, and ultimately gain citizenship in the United States. The DREAM Act, first proposed in 2001, is similar to DACA, with one important distinction: if it was passed, it would be Congressional legislation rather than an executive order.

Under a friendly administration (a Democratic president, for example), it would stand a fairly good chance of passage.

Once passed, the DREAM Act could not be reversed with a stroke of the pen the way an executive order can be. Instead. it would have to be repealed by a majority vote of both the Senate and the House of Representatives.

If the President at the time vetoed the repeal, Congress would need a supermajority to override the veto. In other words, a DREAM Act could keep the dreamers safe.

What States Can Do?

Indeed, DACA might be rescinded. Then again, it might be revived during a subsequent administration, depending on the results of the 2020 presidential elections. Some of the actions that states could take to protect dreamers after the rescission of DACA include:

One way or the other, by working together and providing our wholehearted support, we can protect the DACA dreamers and ensure a better future for both them and us.