The Torch of Lady Liberty has been extinguished….for now.

As the United States approaches the Fourth of July Holiday, and the country celebrates the self-evident truth that all are created equal, the Herman Legal Group, a national immigration law firm founded in 1995 by lawyer Richard Herman, is celebrating its 25th anniversary. The firm is dedicated to representing immigrants and protecting their civil rights under the Constitution.

On this bittersweet occasion, Richard Herman reflects on how the U.S. Government, under the leadership of President Donald Trump, brutally treats immigrants, many of whom have U.S. citizen spouses, children, and parents.

“I have been an immigration lawyer for over 25 years.  I have seen nearly everything one can imagine within the immigration legal arena.  However, nothing compares in scope and degree to Trump’s assault on the civil liberties of immigrants, their families, and employers. As an American, it’s deeply saddening to see the Statue of Liberty metaphorically transformed from a warm, inspiring beacon of welcoming, to a soulless and ominous piece of rock cloaked in a KKK sheet” 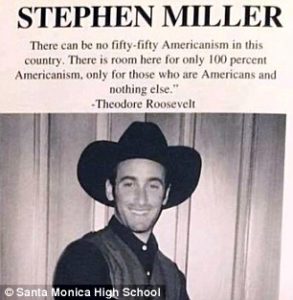 Driven by the white nationalism ideology of Stephen Miller, the architect of Trump’s anti-immigrant executive orders, the White House has taken a sledgehammer to the U.S. Constitution and has implemented a pogrom of bigotry, hatred, and division towards the foreign-born in America.

“We cannot allow all of these people to invade our Country.  When somebody comes in we must immediately, with no Judges or Court Cases, bring them back from where they came.”

In re-tweeting a video of a Trump supporter shouting “WHITE POWER!” and referring to neo-Nazis in Charlottesville, Virginia as “very fine people,” Trump’s is no longer using a dog whistle — he is using a bull horn.  White nationalism, and its political payoff, is driving U.S. immigration policy. It was apparent prior to COVID.  Now using the pretext of high unemployment, Trump’s xenophobia is in overdrive and reminiscent of the anti-immigrant, nativist American tradition that dates back to the “Know-Nothings” of the 1840s and 1850s

The list is too long to recite, but the infamous highlights of Trump’s unconstitutional immigration restrictions, both applying to those who are undocumented, and those who seek legal immigration, include the following: 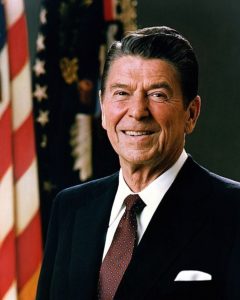 Shining City on the Hill speech

Thirty-one years ago, President Ronald Reagan delivered his farewell address to the nation. It’s worth remembering that speech today, as the country faces profound political division and acrimony, particularly around the immigration issue.

A Republican from a different planet than the one inhabited by Trump and today’s GOP, President Reagan’s words are like a soothing balm, calling for national healing and unification over some basic American values and principles.

Unlike Ronald Reagan who described America as a shining city on the hill, welcoming ALL from around the world with the heart and drive to build a peaceful life in America, Trump built his political career on vilifying immigrants, referring to them as rapists and gang members.  In his view, America is under attack, and only a wall, both literal, and figurative, would protect white America from the crashing wave of diverse demographics and the competitive forces of globalization.

Herman, who co-authored the book, Immigrant, Inc. – Why Immigrant Entrepreneurs Are Driving the New Economy (and how they will save the American Worker), says that Trump’s immigration policy will harm U.S. workers and the ability to rebuild the economy from the ravages of COVID-19:

“The data shows that immigrant workers complement, rather than compete against, native-born workers, because they tend to have different levels of education, work in different occupations, specialize in different tasks, and live in different places.

Much like the President’s disregard of medical experts who warn against large public gatherings, and their urgent proclamations for using face masks, testing, and tracing to reduce the spread of COVID-19, the President is now disregarding the economic experts whose research demonstrates that immigrant workers create jobs and help expand the U.S. economy through innovation (particularly in STEM fields), entrepreneurship, consumption, exports, and filling gaps in the labor market.

Immigrants and their children have founded 40% of the Fortune 500, employing millions of Americans.  Immigrant

The data on immigrants’ job-creation propensity is staggering:

The problem facing today’s American workers is not immigration.  The problem is the economic collapse caused by Trump’s mismanagement of COVID-19.”

The country has lost its way.

President Reagan’s grandfatherly and folksy wisdom, though decades old, can be our blazing lantern in these dark times.

Reagan’s farewell speech embodies his basic philosophy and was delivered as a warning that America, as strong as it may be, is also very fragile and could easily veer off course if the American people forget the basic values the country was founded upon.

He reminds us that national pride is good, but that it amounts to nothing if it is not “informed patriotism.” This “New Patriotism,” as he called it, requires a deep knowledge and constant reminders on the values that built and nurtured this country.

He challenges us to remember why the Pilgrims came to America.

He inspires us with his reflections on the “Shining City on the Hill,” a confident, wind-swept, God-blessed city, that becomes stronger by welcoming immigrants from around the world. He says that if we must have a wall around our borders, then that wall must have a door, and the door must be open to anyone with the “heart to get here.”

President Trump, and his GOP accomplices, have long abandoned the rallying and unifying cry of American exceptionalism, of a self-confident nation build on the bedrock of freedom and welcome to immigrants.

Unlike the style of Ronald Reagan, Trump’s leadership style is NOT defined on the ability to emotionally connect with the majority of the American people and lead the country toward a common goal.

Instead, Trump is motivated by his goal to divide, conquer, and destroy — not inspire, unite, and accomplish great things.

America is far from usual, as we should demand the extraordinary from our leaders, and from ourselves.

Reagan reminds us that we must constantly nurture this delicate flame of American patriotism, that it must be based on our founding principles and knowledge of history, and that informed patriotic culture must be cultivated first and foremost at the dinner tables, but also in our schools, media, and entertainment.

If heeded today, his words would help to bridge the divisiveness in American politics, help tone down the rhetoric and hostility, and unite a country.

On this Fourth of July, let’s give thanks for the great gift of America.

We inherited this treasure, and let’s pray that we will find a way to reanimate the soul of this great nation by coming together under the flag of American exceptionalism.

Reflecting on the hard work, sacrifice, and values that created and continue to nurture America, Reagan ends his farewell with the words, “all in all, not bad … not bad at all.”

A key ingredient in America’s secret sauce is immigration  — not white supremacy.  The statue of liberty is hidden under a white sheet…for now.

Looking back on our 25-year journey at the Herman Legal Group, we are honored to represent so many hard-working, honorable, family-focused, and patriotic immigrants.

We encourage everyone to keep the flame alive by voting on November 4th. 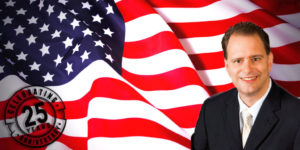 Founded in 1995, the Herman Legal Group focuses on immigration law, We are headquartered in Cleveland, Ohio and have offices throughout the country.  We serve clients, in over 12 languages, in all 50 states. Voted for inclusion in the 2015-2020 editions of The Best Lawyers in America© and listed in Super Lawyers© for more than fourteen consecutive years, Richard began his immigration law career by moving to Moscow, Russia in 1993, straight out of law school, to eventually open a law office two blocks from the Kremlin to represent post-Soviet entrepreneurs. As an authority on U.S. immigration law and a provocateur for immigrant-friendly, pro-entrepreneur policies , Richard is often invited to strategize and deliver keynote addresses around the country, as he has often done for Michael Bloomberg and Rupert Murdoch’s Partnership for a New American Economy, chambers of commerce, universities and cities. Known for his direct and sometimes controversial style, Richard has appeared in numerous national media outlets.  1-800-808-4013