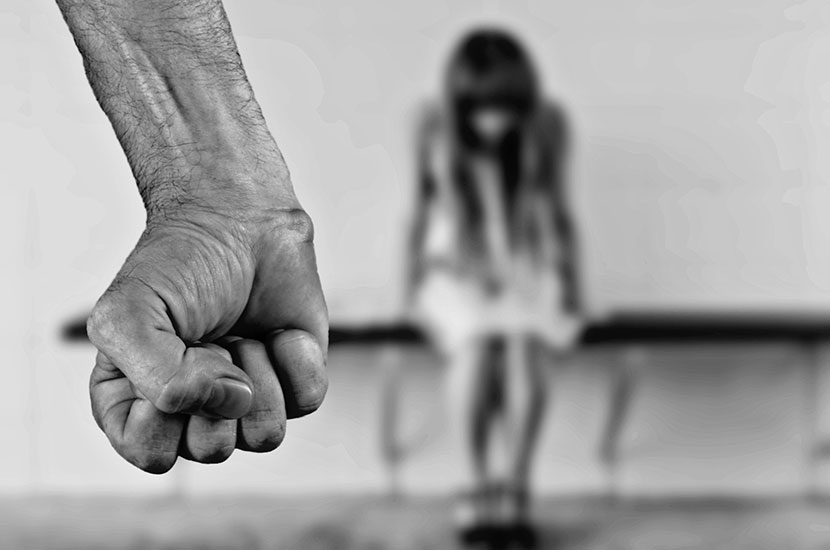 If your spouse was abusive to you, you could still apply for U.S. lawful permanent residence independently. LPR status may be granted even without the help of the abusive sponsor.

You may be eligible to apply for lawful permanent residence in accordance with The Violence Against Women Act, without the assistance of the abuser if you are abused by:

As you can see, not only spouses can use this opportunity, but the children and parents of the abuser may also seek this type of protection.

VAWA imposes two steps to undertake in order to apply for a green card. You may file:

The spouses of a U.S. citizen can combine these two steps into one, and file both documents together, or “concurrently,” without having to wait for USCIS to approve the I-360 first.

But, if you are a spouse of a lawful permanent resident, then you are not an immediate relative. In this case, you have to file the Form I-360 first and wait for the USCIS approval. When your Priority Date comes into effect, you can submit the I-485 application.

Bearing in mind that you might find this process complicated, we’ve created this article to walk you through on how to petition for a Green Card when it comes to completing the first step – the form VAWA I-360. 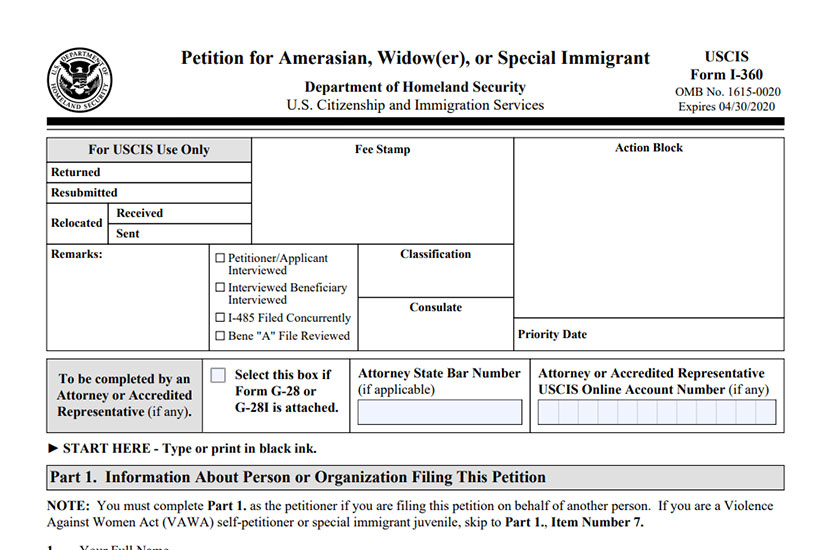 Form I-360 is used for different types of petitioners. Categories that may use it are:

If you are a battered spouse, there is no need for you to fill out all of the fields in the form.

As a battered spouse who suffered domestic violence by the U.S. citizen and who wants to self-petition for a VAWA in the United States, you do not have to fill out those portions that are explicitly intended for other categories. Those are parts intended for Amerasians (Part 6.), widows (Part 7.), a Special Immigrant Juvenile Court Dependent (Part 8.), and the part intended for Special Immigrant Religious Worker Petition (Part 9.)

On the other side, there are some obligatory fields that you must fill out. Therefore, you may not forget to add information in Parts 10 and Part 11. Also, your signature will be required in Part 12, and in case you engaged a person to help you translate or fill out the form, there are Parts 13 or 14 that he or she has to fill in.

Although most parts of the Form I-360 are pretty straightforward, there are still a few things to consider. Firstly, you can use another person’s address in the United States to protect yourself in case you are still living with an abusive person. By putting another address, the U.S. Citizenship and Immigration Service will send all notices to it, and your abusive sponsor might not have any knowledge about the process. This is an excellent opportunity to guard yourself until the process is over.

Furthermore, spouses applying for VAWA self-petitions and children should check either box “I” or box “J” in Part 2.

Eventually, in Part 10, you will specify information about the abuser and your relationship with him or her. 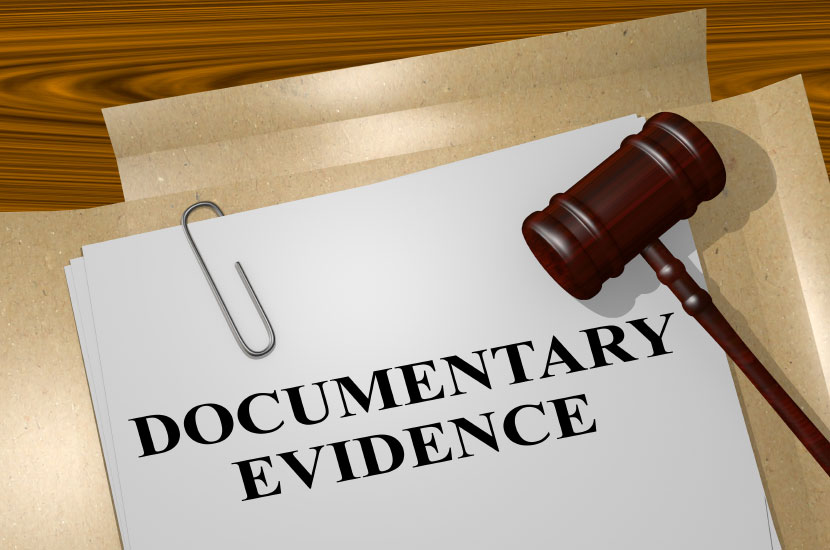 How Do You Prove VAWA?

To prove the grounds for petitioning and justify that you meet all the requirements of VAWA, you will need to include specific evidence such as:

It would be advisable to attach a cover letter on top of the VAWA application. In this cover letter, you can describe how you meet each requirement and which evidence you have submitted to support it.

It is good to know that there is no filing fee for spouses, parents, and children related to VAWA self-petition process.

Now, maybe you ask yourself, what if you do not live currently in the United States? Well, if you live abroad, you may be eligible, and there may not be an obstacle to applying for VAWA. Thus, if you are currently out of the United States, you may also file the form but if:

Before submission of the form, you should confirm that you meet imposed requirements for self-petition. From the above part, you could conclude some of the eligibility criteria that you will need to support the evidence. However, there are criteria to be met for a battered spouse who intends to apply for a VAWA self-petition visa.

After you confirmed your eligibility, you need to get prepared for the process.

On the USCIS’s official website, you can find the I-360. You will notice that the whole page on this website provides complete submission instructions. However, there are two essential things that you need to conclude before you submit the I-360 form. You will have to define whether:

If either of these applies to you, you can file the I-360 at the same time as your green card application. Submitting both forms at once will save you a lot of time. This indicates that you don’t have to wait for the USCIS approval of your I-360 before you move forward with the VAWA application process.

In another way, if you’re the spouse or a child or a U.S. permanent resident and the abuser have never submitted an I-130 petition on your behalf, you may need to submit your Form I-360 to USCIS first and then wait for the approval. After that, you will be able to proceed with the application.

After you fill out the form and gather the evidence, you will have to file the documentation with the correct address. In this case, it is the Vermont Service Center (VSC), where you may send your application. 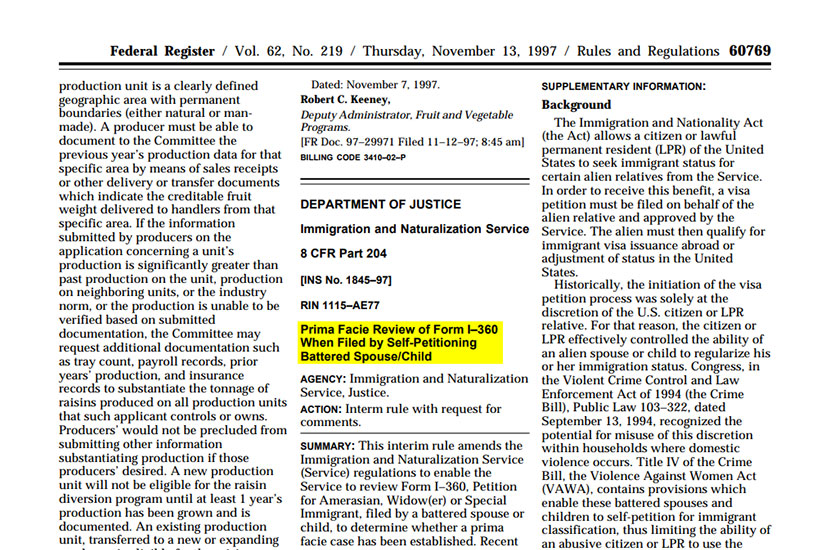 After Submission of the I-360 Self-Petition Form

When you decide to start with the process and having in mind all of the circumstances that you live in, probably you would like to know for how long you will need to wait until your VAWA is approved. When you file the I-360 form with the attached evidence, it may take between 16 to 21 months to process your VAWA petition fully.

USCIS will issue a Prima Facie Determination Notice to VAWA petitioners who qualified and fulfilled requirements. When you receive such a notice, it is valid for 150 days. You can use it and present it to the government agencies providing public benefits to qualifying victims of domestic violence.

However, below in this part of the article, you can find more helpful information on the time that comes after the submission of VAWA self-petitions.

When you file the I-360 petition and USCIS receives it, it will notify you about it. The U.S. Citizenship and Immigration Service will send a receipt notice to the address you have provided on the form. Then, it may also review the self-petition to assess whether it can be approved and whether your statements listed in the petition are true. This activity is called a “prima facie determination.”

If, during the assessment, the USCIS determines that your VAWA self-petition may be approved, it will deliver to you one more letter called Prima Facie Approval. Still, this will not mean that you are granted the green card yet.

During the time that the USCIS took to look through your petition carefully, it may decide that it needs more evidence. This may be a case if USCIS lacks some information or proofs to determine whether it should approve your I-360. If this event, you will receive a letter with this demand.

Having a deadline of 60 days, you have to provide new evidence to the USCIS, if you have any. Otherwise, you can confirm that you have already provided proof that you possessed and send such a notice.

If USCIS does not consider that you qualify as one of the categories mentioned above (the spouse, a parent, or a minor, unmarried child of a U.S. citizen), you can expect to receive a “Notice of Intent to Deny.” With this notification, the USCIS will state the reasons why it believes you do not qualify for a green card program.

Also, with the letter, it will give you one more time an additional period within which you can send other evidence that will support your petition and maybe, convince the USCIS to change their mind. If you miss doing so, the USCIS will deny your self-petition. Moreover, USCIS can also deny the I-360 VAWA petition without even sending you a “Notice of Intent to Deny.”

On the other side, if USCIS believes you have provided enough evidence and you have succeeded in showing that you are a spouse, a parent, or a child of an abuser, you will receive an approval letter for your self-petition. Yet, this will not mean that you are a lawful permanent resident. However, the first step in the application process will be completed with this letter, and you can proceed to the next steps. 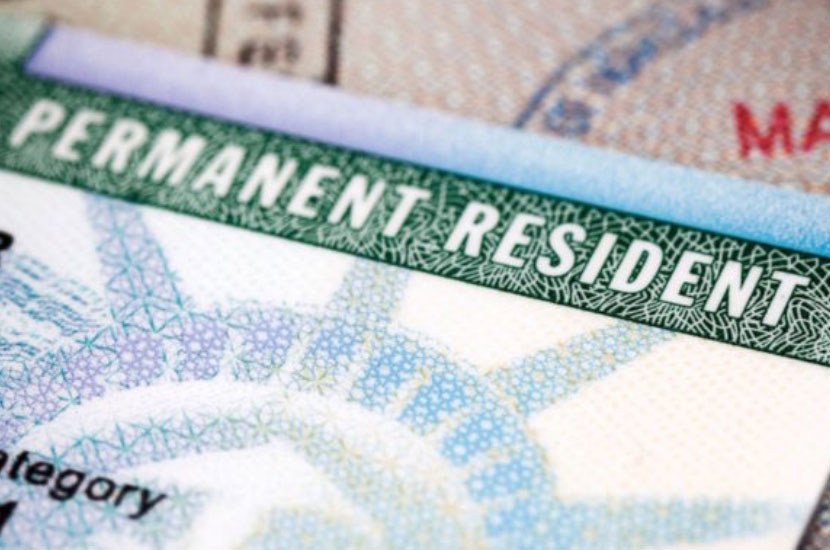 When USCIS approves your I-360 petition, you can start with the preparation of your application that will adjust your status. In other words, you may begin to undertake further steps that will lead you to your green card.

To continue with the process, firstly, you will have to fill out one more form- Form I-485. If the abuser has a U.S. citizenship, you will be eligible to apply and adjust the status as soon as USCIS approves your I-360.

Contrary, if the abuser is not a U.S. citizen but a legal permanent resident or a green-card holder, you will have to wait for a visa to become available. Once the visa program is open, you will be able to apply for your green card on your own.

Nevertheless, with an approved I-360, you can remain lawfully in the United States. Moreover, within this period, you can apply for work authorization. You may also apply for employment authorization while you wait for your visa.

Depending on your “priority date,” your place on the waiting list will be determined according to it. “Priority date” is the date when USCIS approved your I-360. In case the abuser previously filed an I-130 on your behalf, then you can use the priority date instead.

As you could see through this guide, this process can be quite complicated, causing additional stress for a victim of domestic violence. Therefore, it is advisable to consider getting professional advice and support throughout the whole process.

More importantly, make sure that you obtained a full analysis of your situation since each person’s position can be similar to others, but with slight differences. This is why it is good to trust an immigration attorney experienced with cases under the Violence Against Women Act.

Your lawyer will help you with the preparation of the paperwork and with monitoring your application as it flows through the system.