Suspending Immigration Is Not Only Unconstitutional, It Will Shrink the American Labor Market 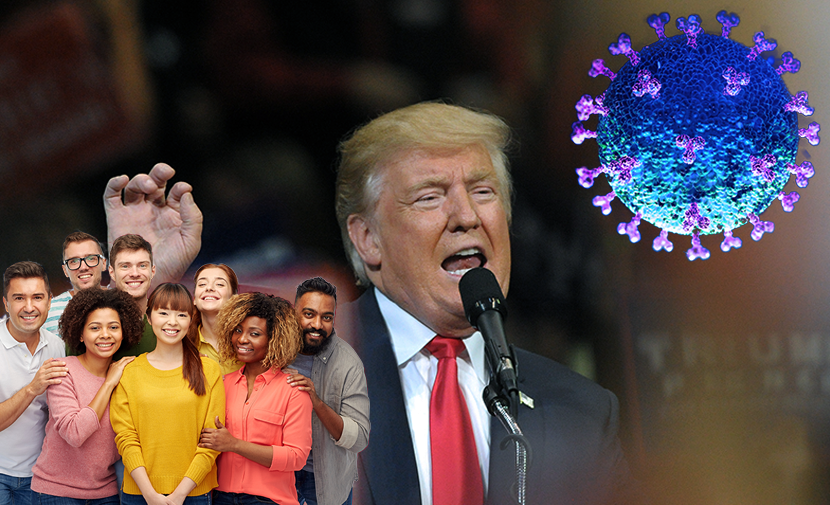 On April 20, 2020, President Trump announced his intention to issue an executive order suspending most permanent immigration to the United States for at least 60 days. The order was signed two days later, on April 22.

This order is not a Covid-19 entry ban designed to quarantine the US from the rest of the world. Instead, it is a ban on processing new and existing petitions for permanent residence in the United States. Over 350,000 applications per year could be blocked by the order if it is extended indefinitely. Given the Trump administration’s hostility towards immigration, many people suspect that Trump hopes to make the ban permanent.

The Trump administration’s “green card ban” impacts would-be immigrants who are waiting outside the US for approval of their immigration visas, as well as people living overseas who are planning to apply for US permanent residence in the future. Groups of potential immigrants who are living abroad and affected by the ban include:

Of course, even a permanent ban wouldn’t make much of a difference for some classes of green card applicants who have been hit hard by pre-existing immigration restrictions that have been tightened during the Trump administration. At current rates of green card approval, for example, some Indians with advanced educational degrees such as PhDs already face a 150-year wait for immigration visas.

Just about every law, even an unconstitutional one, has a few loopholes. Fortunately, Trump’s executive order is full of them. The following groups will not be affected by the order: 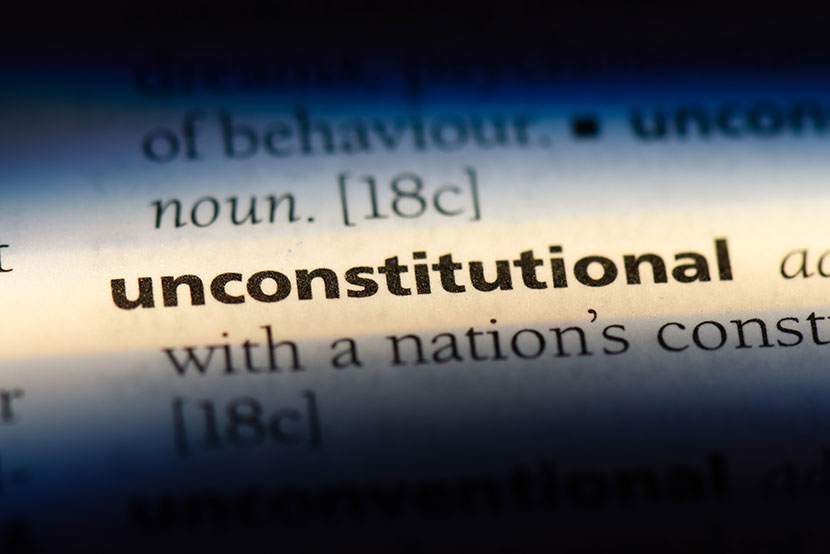 Suspension of Immigration is Unconstitutional and Un-American

Trump’s executive order is an unconstitutional attempt to use the Covid-19 crisis as a pretext to achieve a political agenda by executive fiat rather than through Congressional action as required by the Constitution. Perhaps distracted by Covid-19 concerns, Congress has so far demonstrated astonishing docility on this matter.

Even if you accept exclusive federal authority over immigration, however, Trump’s executive order is still unconstitutional. The federal government is divided into three branches: (i) Congress, which makes the laws; (ii) the executive branch, which enforces the laws; and (iii) the judiciary, which interprets the laws. Congress has exercised its legislative authority over immigration on numerous occasions ever since 1790.

The Trump Administration is Overreaching

Donald Trump, as President of the United States, is the head of the executive branch, whose job it is to enforce laws already enacted by Congress, not to usurp Congressional authority by creating new laws on hos own authority and then attempting to legitimize them by calling them “executive orders.”

The proper role played by the executive branch in making rules governing immigration are:

The Trump administration’s executive order suspending green card processing is neither a permissible interpretation of vague or incomplete statutory language nor an exercise of authority specifically delegated by Congress to the executive branch by statute.

The Need for Prompt Judicial Action 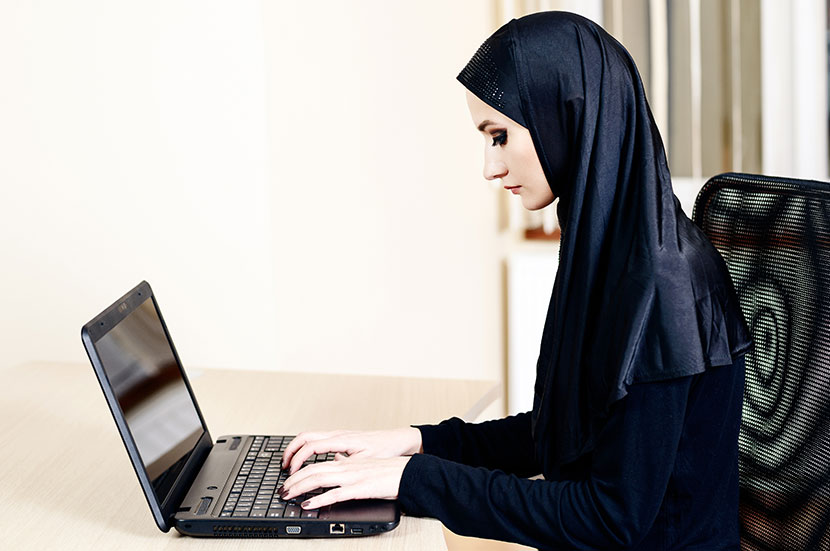 “Immigrants Come Over Here and Take Our Jobs.” Baloney.

The “immigrants take our jobs” mantra is based on the assumption that the US economy creates a fixed number of jobs, such that every job filled by an immigrant takes a job away from an American worker.

The basic principles of capitalism itself, as well as the wealth that the United States has produced in the midst of wave after wave of immigration, bear witness that immigrants are a benefit, not a burden, to the US labor market.

The Contribution of Immigrants to the US Economy

Extensive research backs up the common-sense conclusion that the number of available jobs in the United States is not fixed, and that immigrants end up easing labor shortages and creating more positions than they fill by:

Even these contributions fail to tell the whole story. The children of immigrants, for example, typically experience strong upward mobility, contributing to the US economy even more than their parents did.

16.5 percent of all US healthcare workers in the US, including more than one out of four physicians, are first-generation immigrants born outside the United States. These immigrants are serving on the dangerous front lines of the Covid-19 pandemic in disproportionately large numbers.

Restricting Eligibility for Work Visas Does Not “Save American Jobs”

Research supports the conclusion that reducing visa accessibility for skilled workers does not prompt US companies to hire American workers for the resulting vacant positions. Instead, it motivates them to move these jobs offshore by opening or expanding affiliated companies overseas.

According to a study conducted by the Wharton School of Business, “offshore” is likely to mean China, India, or Canada — China and India because of their large pool of skilled labor, and Canada because of its more relaxed immigration policies. Multinational companies enjoy the freedom to pack up and move out of an unfriendly business climate, including one that unreasonably restricts access to skilled labor.

Reversing the “Brain Drain”: Is the Tide Turning Against Us?

Between 1995 and 2006, almost 70 percent of the entrants to science and engineering fields in the US were immigrants — among them Elon Musk, founder of Tesla and SpaceX. According to the Kauffman Foundation, immigrants are twice as likely as native-born Americans to start a new company or file a successful patent application. Foreign-born students also dominate the ranks of PhD candidates in numerous STEM fields.

These immigrants, as well as new ones whose green card petitions the Trump administration has suspended, are particularly well-placed to help the US develop and commercialize emerging technologies, including important alternative energy technologies that are more advanced overseas than they are in the US.

The current immigration climate, however, is in danger of reversing the “brain drain” that has catapulted the US to global technological dominance in so many fields. Will the next Elon Musk simply stay home (Musk grew up in South Africa but currently resides in Los Angeles) or immigrate to a country such as Canada or Australia that offers friendlier immigration climate? Such a trend will definitely not help “save American jobs.”

Undocumented Immigrants Offer Potentially Massive Contributions to the US Economy

Even undocumented immigrants are in a position to help jump-start the US economy. When immigrants of any sort enter the US labor force, they expand the country’s overall economic capacity. This increases incapacity to raise the “wage floor” for both immigrants and native-born workers alike, in the manner that “a rising tide lifts all boats.” The final result is an increase in wages and employment opportunities for everyone, regardless of their immigration status.

A UCLA study, for example, found that legalizing undocumented immigrants would pump $1.5 trillion into the US economy in only a decade — enough to fund the gigantic Covid-19 economic stimulus — with another $300 billion left over ($300 billion is more than the entire annual GDP of all but 40 of the world’s nations).

The opportunity cost for the opposite extreme — deporting all undocumented immigrants as the Trump administration seems intent on– has been estimated at $2.6 trillion (considerably more than Russia’s annual GDP) 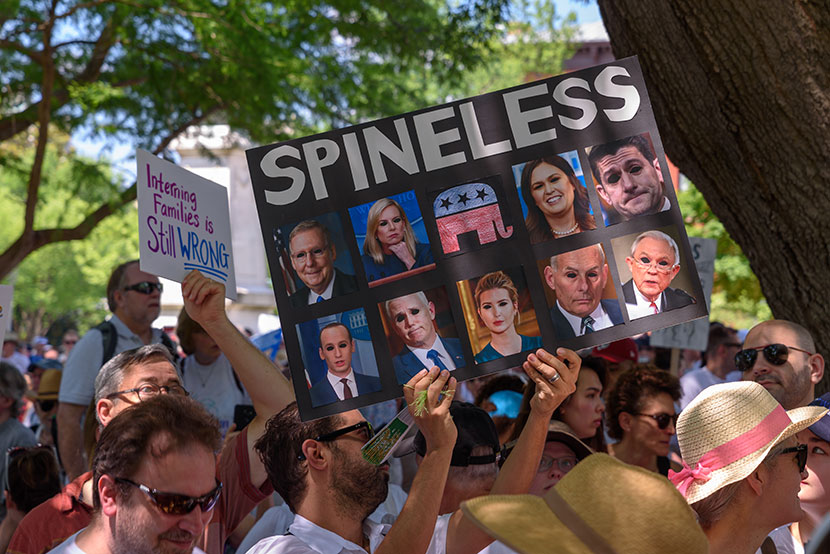 In case you are wondering why critics of Trump’s executive order doubt that it is intended to be only temporary, consider the fact that the Trump administration has made no secret of its hostility to almost any form of immigration, with the possible exception of well-educated immigrants from Europe, Australia, Canada, and other Western nations.

The administration’s abysmal track record extends across a broad spectrum of important immigration benefits. In other words, its hostility is not limited to undocumented immigration but extends to a broad range of restrictions on legal immigration as well. The list of Trump-era immigration barriers is long and (un)distinguished:

The restrictions and limitations imposed by the Trump administration appear, unfortunately, to be accelerating. Following is a list of new immigration restrictions that could be coming soon:

At present, all of these moves are either being blocked by the federal courts or have been suspended due to pending litigation. As time goes on, however, an increasing number of judges in these cases will have been appointed by President Trump, with potentially devastating effects on immigrants.

The Need for Immigration Reform

Our immigration system is broken, and it is becoming decidedly hostile to the very immigrants who have helped sustain our nation’s unprecedented prosperity and political stability over the last two and a half centuries. Following are some suggestions for reform: 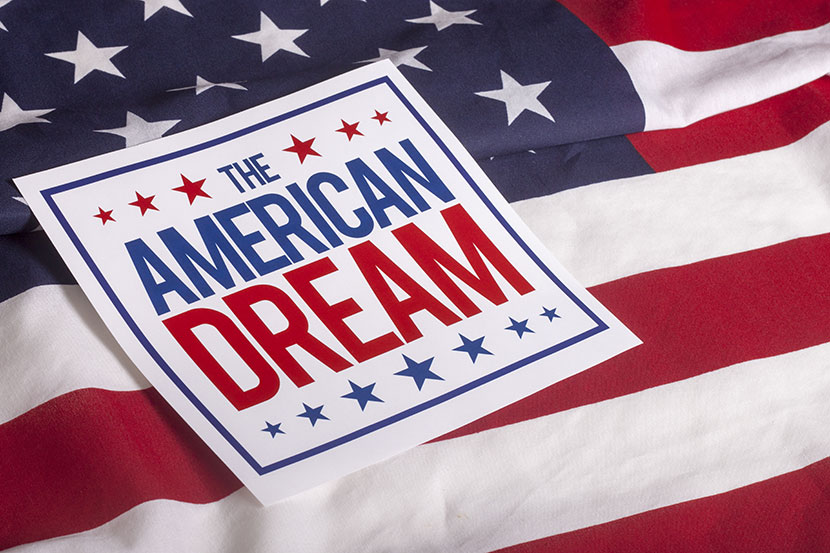 Keep the American Dream Alive! Immigrants are the Dream-Keepers

Historically, no country in the world has welcomed immigrants in the numbers that the United States has, and no other country has been consistently referred to as the “land of dreams” or inspired so much hope for people all over the world including, most likely, the reader’s own ancestors.

Margaret Thatcher, former Prime Minister of the United Kingdom (and never an American), summed it up as well as any American could have: “No other nation has been built on an idea—the idea of liberty. Whether in flight from persecution or poverty [immigrants] have welcomed American values and opportunities. And America herself has bound them to her with powerful bonds of patriotism and pride.”

Why do great nations fail? World history bears witness to the fact that great nations fail because they turn their backs on the principles that made them great in the first place. Keep the American dream alive — support immigration.