Workers Exempt for H2B Cap : The Only Guide You Need

Looking to live and work in the United States temporarily? The H-2B Worker Visa program is a promising option for you. However, you can only apply within a limited time, and there are only so many foreign employees that can be processed into the U.S. in a fiscal year, either in the first half or second half based on enough cap subject petitions.

The H-2B visa cap upholds the statutory numerical limit for the foreign additional workers that can be issued an H-2B worker visa. Usually, once this limit is reached, anyone looking to get an H-2B visa will have to wait until the next fiscal year for processing while staying safely connected with any sensitive information that may come up relating to returning workers or additional visas.

What is the H-2B visa cap limit and who are those granted H-2B status? What are workers exempted from it and who are the workers who begin employment from it? This article provides answers like these and more for individuals with U.S. work aspirations. So do read on as we hash out some details.

What is the Returning Worker Exemption for Official Government Organization?

Necessary information for those who want to begin employment were provided on secure websites run by the government.

According to Congress representative Henry Cuellar, this bill can help guarantee that small and seasonal businesses obtain needed workers performing labor during the post-pandemic economic recovery. However, the Department of Labor will have to provide a detailed online registry of available jobs to the public based on its availability in the labor market.

Upon application for these jobs on any of the Gov websites where they have been provided for, the final receipt date can be identified. From that they can also know when the proposed employment begins.

In addition, they will need to upgrade the program’s security measures to protect U.S. and migrant employees better. In the past few years, Congress has continuously failed to create an H-2B federal level regulation that meets the state’s needs for both seasonal and temporary workers.

The closest they have been to this is the temporary final rule for certain people who have to begin employment. This new exemption act aims to solve part of the visa program’s debated cap regulations through modernization.

Views on the H2B Visa Cap for Employers Seeking It

Then, another major highlight is the inclusion of Northern Triangle countries to enjoy the H-2B status and benefit from employment start dates within the fiscal years the program is available.

In contrast, the proponents of the visa H-2B program liberalization argue that most H-2B employers follow the program rules and regulations as stated. They also suggest that any violations of such rules are unsystematic. In their defense, the increased tight regulation of legal pathways only encourages violations and the hiring of unauthorized workers.

The H-2B visa program is relatively small, with a limit of about 66,000 visas per year, and the USCIS determines how these visas are managed. However, U.S. employers’ constant need for seasonal or temporary workers has steadily outgrown the program’s capacity. This steady incline began in 2010 and has only continued ever since, especially for the first half of FY.

Every year the cap is exhausted rapidly, making it particularly competitive and challenging for employers across the country to meet their labor demands. This year, the USCIS has received enough petitions to achieve the congressionally demanded cap on H-2B visas in the first half of the fiscal year 2022. Other considerations may also be made in the second half of the fiscal year for more petitions.

The USCIS will reject the latest cap-subject H-2B petitions received after September 30, with an employment start date before April 1, 2022. However, they still make provisions for H-2B petitions spared from the congressionally mandated cap.

To address the constant demand and supply imbalance of worker visas since 2010, Congress implemented several cap-related reforms. Some such reforms included splitting the H2B visa provision into two halves of the year, with 33,000 from October 1 to March 31 and 33,000 from April 1 to September 30, plus all unused visas in the last fiscal year.

The exemption of particular American workers and foreign employees in the United States helps address the visa cap. However, these policies sometimes increase the difficulty for employers to find seasonal workers.

Last year the Biden administration through the USCIS announced it has added 22,000 additional H-2B visas to the existing traditional cap. Out of that number, 6,000 are targeted towards the Central Americans from Honduras, Guatemala, and El Salvador. The remaining 16,000 already had petitions through in the first five days, needing the visas to be given in lottery format.

This recurring element of increasing and reaching cap limits demonstrates that Homeland Security DHS has not provided a sustainable system and sufficient number of visas for a fiscal year FY that satisfies U.S. employment and employees, especially processors fish roe technicians.

Workers That Are Exempt from the H-2B Cap

Some U.S. workers in the H2B visa status who extend their stay, change terms and conditions of employment, or change employers are exempt from the visa cap. In addition, H-2B workers who have been counted prior against the cap in the same fiscal year for employment will not be subject to the cap if the employer names the workers on the petition.

The children and spouses of H-2B workers are classified as H-4 non-immigrants. They are also not counted against the H-2B cap. The United States Citizenship and Immigration Service receives H-2B petitions excluded from the congressionally mandated cap. Employees who qualify to be exempted include;

The returning worker program was terminated on September 30, 2016 following government information making it a locked padlock. Individuals designated by their businesses as potential returning workers will be counted against the cap. However, once the H-2B cap is reached, the USCIS may only accept petitions for H2B workers who are not subject to the H2B cap.

Who Qualifies for the H-2B Visa? 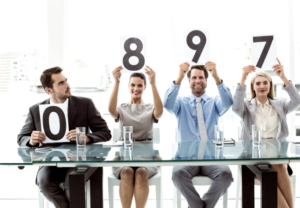 Employers can conclusively provide evidence that there are not enough U.S. workers qualified or willing and available to do the temporary work. These U.S. individuals meet the visa eligibility standards. Their needs for a labor force will have to be temporary regardless of the underlying jobs classification.

Also, H-2B employers will have to prove that the foreign workers will not harm similarly employed U.S. citizens’ wages and working conditions. This because any irreparable harm caused carries a penalty.

Generally, there are four needs under which an employer or a petitioner can qualify for H-2B visas available. The needs for workers may be a one-time occurrence, a peak load needs, a seasonal need, or an intermittent need.

How Long Does the H-2B Visa Last?

H-2B workers are issued visas with temporary labor certification. The period of this visa covers about a year. Subsequently, the H2B visa recipients can seek an extension for increments of one year at a time. However, normal temporary labor certification states that the sought duration must come with each extension request. The maximum time of stay for employees on an H-2B is three years.

An employee who has spent three years on an H-2B work visa must leave the United States for a compulsory time of three months. Only then can they be eligible for readmission based on the unused numbers as determined by the USCIS. However, some exceptions exist when periods outside the country might interrupt the worker’s stay and not be recorded within the three years.

How Can We Help You?

If you are looking to get workers exemption for H2B cap, then we can help you handle all of it.

You can contact us via ZOOM, Skype, WhatsApp, or call us directly via +1-800-808-4013. If you want a faster response you schedule a consultation with Richard Herman by filling the online form.

H-2B visas are nuanced and demand patient consideration. However, several H2B visa reforms have come in bland propositions, with opponents fighting to eliminate the H-2B program while many argue for further cap increases.

The worker’s exemption rule has somewhat provided meaningful reform to an aspect of the H-2B visas. Although there is still plenty of work to be done through reform, this has proved to be a step in the right direction for several reasons.