Everything You Need To Know About H-2B Visa Cap

Looking for job and visa options in the United States? Then, it is no news that the H-2B cap program might be just what you need. It is a temporary worker visa made for foreign employees looking for non-agricultural jobs and for US-based employers looking to provide foreigners with non-professional occupations.

The H-2B visa processes demand considerable time and investment due to the involvement of several federal and state government agencies. Usually USCIS receives the demands and requires employers to obtain a temporary working certificate after monitoring the job market.

The H-2B program has moved from proposed rulemaking to gradually becoming a popular option when sponsoring foreign national employees due to increasing work demands, which may be temporary or permanent. The causes for this gradual increase in labor demand usually vary from state and department across the nation depending on the actions of employers.

Although this visa is only available for specified foreign nationals in cape cod when timely filed, the government department in charge always seems to experience exhaustion in the annual capped visas. As such, H-2B cap increase may be provided allowing for more fish roe processing or any other related business. 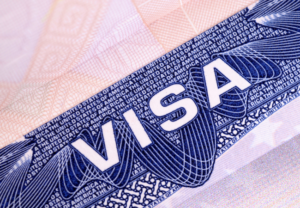 The H-2B visa cap refers to the restriction of the numerical limit placed on the annual amount of H-2B visas granted to foreign employees. According to the news and practice, the United States Citizenship and Immigration Services and Congress, are responsible for the provision and statutory limitations of the H-2B program.

Although the visa by USCIS and congress is intended to provide any company or business with foreign help to work in the non-agricultural sector for a period on a separate notice, the USCIS institutes an H-2B visa cap to ensure only the required amount of foreign labor is allowed in the country based on cape cod.

Presently, news has it that the cap exists at 66,000 per fiscal year, divided into two batches based on business employment start dates. Any unused numbers from the first batch, due to any change employers make, roll over to the second batch within the same fiscal year. Such rollovers do not apply between fiscal years but may do in the near future.

Is There a Cap on H-2B Visa and Where Does Department of Homeland Security Come In?

Yes, there is an issued cap on the H-2B visa. The United States Citizenship and Immigration Services  alongside the department of homeland security capped H-2B visas at 66,000 per annum, with the visas being granted through punctuality merit. Out of the H-2B visa cap of 66,000, half is granted twice a year within six months of each other.

This makes the prime visa application periods in January and June. Most businesses looking to add to their labor force apply for the H-2B visa on January 1 to get their visas between April 1 and September 31, while those that apply by June get theirs between October 1 and March 31.

This evenly spread duration of visa issuance ensures that employers’ temporary labor needs are  secure and constantly met no matter the time their need occurs. It also extends to workers in the department of homeland security.

The Joint Temporary Final Rule – How Many H-2B Visas Issued in 2021?

Usually, the USCIS issues about 66,000 H-2B visas each year. However, in 2021 under the Biden administration, the Department of Homeland Security announced in the news the publication of a joint temporary final rule to make provision for an additional 22,000 USCIS received H-2B visas. These additional visas provided by homeland security DHS were scheduled for the end of the calendar year in 2021 and were available to only businesses that critically needed a workforce.

According to the news, businesses and employers seeking to begin employment would have to prove that the supplemental visas are significant, and without them, they would suffer drastic setbacks from the ability to employ additional workers requested in their petition within the first half of the year.

Amongst the 22,000 additional visas made available, 16,000 are meant for workers performing labor who received an H-2B visa in the last three working years and fish roe processors among others. The 6000 visas left are set aside for citizens from Haiti and the northern triangle countries. The northern triangle countries consist of Guatemala, Honduras, and El Salvador nationals and extends to the Northern Mariana Islands.

These nationals or members of homeland security DHS are exempt from the rule of returning workers. These increases in the H-2B program issued expired after September 30, 2021, and were not installed to the last three fiscal years. With the addition of 22,000 H-2B visas, plus the customary annual visa volume of 66,000, that will take the total number of H-2B visas issued in 2021 to at least 80,000 visas.

How Long Can H-2B Workers Stay? 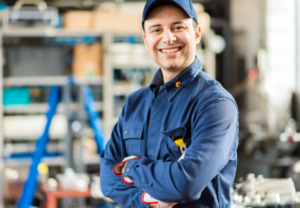 Generally, H-2B workers are granted a visa with temporary labor certification subject to a returning worker requirement. The duration of this visa is about a year. Subsequently, the H-2B visa recipients may seek an extension for their visa employment qualification for increments of up to one year. However, a valid temporary labor certification states that the requested duration must come with each extension request and that the maximum time of stay for H-2B employees is three years.

An individual that has spent up to three years with an H-2B work visa must leave the United States for a mandatory period of three months before they are eligible for readmission. Still, there are exceptions when certain periods outside the country might interrupt the worker’s stay and not be recorded within the three-year duration.

How Many are H-2B Visas Issued In the First Half Yearly?

About 66,000 H-2B work visas or less are issued yearly by the American government. It is split equally and issued in two batches between January and June, with the latter batch running till December. As long as you meet the criteria for this visa qualification, you can be instantly eligible for an H-2B temporary work visa.

The cap count for H-2B non-immigrants determines if the USCIS has received enough cap subject petitions to reach the limit of 33,000 H-2B workers for the first half of the fiscal year. This half spans from March 1 to October 31, and thanks to these petitions, a lot is changing.

It is also used to determine the cap petitions for the next half from April 1 to September 30. If the cap count by December of that reveals that the amount of H-2B visas is less than 33,00 in the first half, the leftover number is carried over to the second half of the fiscal year and the cap petitions will be affected.

On January 28, 2022, the Homeland Security and labor departments created a joint temporary rule that increases the numerical limit or cap of H-2B non-immigrant visas by up to 20,000 during the fiscal year.

These supplemental visas, according to the press release, are provided for only businesses in the United States suffering from the damages of lacking a labor force capable of affecting many industries or causing irreparable harm. These struggling businesses will require the ability to employ the H-2B workers needed through their petition.

The temporary final rule emanates from the nationality act and facilitates job portability by providing non-immigrant American workers, fish roe technicians, and others with the chance to begin employment with a new H-2B employer after an H-2B petition has been filed and presented to the USCIS.

Out of the additional 20,000 H-2B visas, 13,500 are for returning workers only, while the remaining number is set aside for members of the northern triangle. The visa cap increase for 2020 is based on a time-limited statutory authority that doesn’t take effect in the H-2B program in subsequent fiscal years.

Altering the Game: The US Adds 40,000 H-2B Visas for Seasonal Workers

After the previous announcement of the additional 20,000 H-2B program added in the first half of the fiscal year, the federal government through the US Rep William Keating working with the administration to lift the cap on seasonal workers announced that there will be another 20,000 visas added in the second half.

How We Can Help You?

With more than 22 years of experience in immigration matters, Richard Herman has helped a number of foreign nationals obtain permanent resident status and come to the United States to live with their spouses and children here.

Also, if you find it more convenient, use the online form to request your consultation with us and discuss how to get a green card for you or your spouse.

The H-2B visa is essential for the sustainability of small and large local businesses alike in different parts of the United States like Florida, New York, and others. The constant increment over the set H-2B cap is an avid proof of this in cases an exempt clause cannot be considered and it will no doubt strengthen homeland security.

Even with these efforts, some businesses still get short-staffed during the year thereby affecting their granted H-2B status; The ever-changing decision to provide more employee visas for struggling businesses points that the administration is going in the right direction.