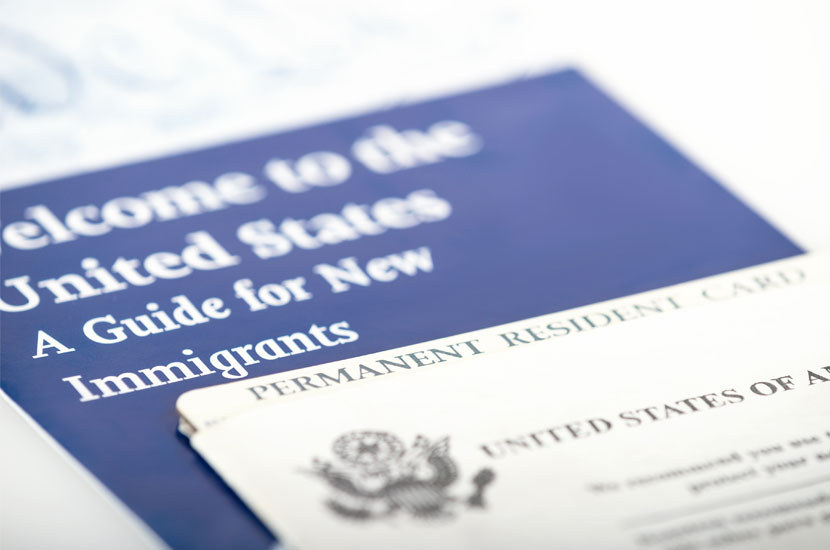 The US has a long-standing policy that requires prospective immigrants to prove that they will not become a “public charge” in order to become lawful permanent residents. But what is considered a public charge?

You are a public charge if you rely on public benefits. This rule applies both to people seeking visas from overseas through consular processing, and to people seeking adjustment of status through the Department of Homeland Security.

As of January 3, 2018, however, the State Department tightened their public charge rules in a manner that complicates the immigration process for those who apply for a green card outside the United States. Visa denials based on public charge status have skyrocketed since then. The Department of Homeland Security has followed suit, by tightening the rules for people applying for adjustment of status within the US.

Who Does Public Charge Apply to? Are There Any Exceptions?

Not everyone seeking to become a lawful permanent resident of the United States is required to prove that he/she is not likely to become a public charge — certain immigration statuses are exempt from the public charge rule for humanitarian reasons, for example.

Following is a partial list of people who do not have to prove that they will not become a public charge while in the United States in order to become a lawful permanent resident. Some categories, such as asylum seekers, have been exempted from the list below because their applications must be submitted to the USCIS, not a US embassy or consulate.

How the Public Charge Rule Has Changed

How has the Definition of the Term “Public Charge” Changed?

Prior to January 3, 2018, all you needed to avoid a public charge determination in most cases was an Affidavit of Support from a qualified sponsor. Now the public charge rules are more stringent.

If you are living outside the United States and applying for an immigration visa through consular processing, you are almost certainly not eligible for US public benefits anyway. Nevertheless, the public charge determination has always been forward-looking — your failure to use US public benefits in the past will not necessarily prevent the public charge rule from being used against you, based on the likelihood of you using them in the future.

Unfortunately, the term “public benefits” has been redefined in a manner that could be disadvantageous to you. The previous public charge guidelines focused on the applicant’s likely use of “cash benefits” such as Temporary Assistance to Needy Families (TANF, colloquially known as “welfare”). Back then, the likely use of non-cash benefits was not considered in a public charge determination.

Now, the public charge rule has been modified to include the possible future use of many non-cash public benefits against an applicant. Is Medicaid a public charge now, for example? Following is an abbreviated list of non-cash benefits:

In other words, the fact that a green card holder can legally use some of the foregoing benefits is no defense against a public charge rejection of your lawful permanent resident application.

If you have been in the United States before and have used public benefits, this history can be used against you by State Department immigration authorities. Fortunately, however, rejection of your application is not necessarily inevitable simply because you used public benefits — ultimately, it is a subjective determination. 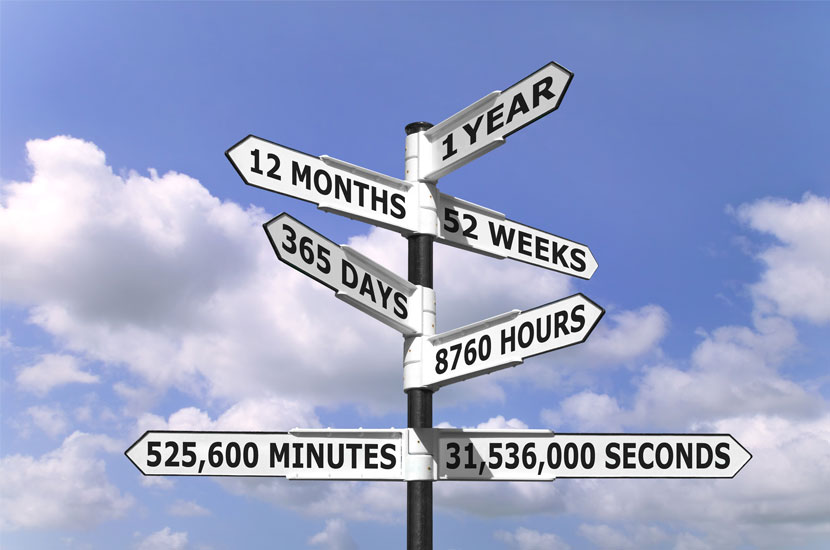 Previously, the public charge rule required the examining officer to determine that you are likely to become “primarily dependent” on public benefits in the future in order to disqualify your application under the “public charge” rule. You had a good chance of clearing the public charge barrier if, by the time of your application, you had never been primarily dependent on public benefits in the United States.

Now, the State Department has instituted the “12 months in a 36-month period” rule to make this determination. Under this rule you can be disqualified as a public charge if you are judged to be likely to use more than 12 months of public benefits during any 36-month period in the future.

Will the “12 month in a 36-month period” rule apply to me even after I obtain US citizenship?

What is the “Totality of the Circumstances” Test?

Under the new definition of public charge, your green card application can be denied if the officer decides, based on the “totality of the circumstances” that you are likely to become a public charge in the future. The vagueness of the term “totality of the circumstances” means that the officer can take into account any fact he believes is relevant, including the details of your personal finances.

The totality of the circumstances test has been widely criticized by immigration lawyers because it appears to give the examining officer nearly unlimited discretion, turning the adjudication of a permanent resident application from a fact-based determination to an opinion-based determination. It is for this reason that the services of a skilled and persuasive immigration lawyer is even more important than it used to be.

Following are some of the factors taken into consideration in the “totality of the circumstances” test.

The Use of Public Benefits by Family Members

Previously, in most cases all you needed to overcome the public charge barrier was a Form I-864, Affidavit of Support filed on your behalf by a qualified sponsor. Now, however, that may not be enough — an I-864 sponsor is merely considered a positive factor that can be outweighed by other negative factors.

Even I-864 sponsors themselves are now subject to additional scrutiny. The officer may consider the credibility of the sponsor and the likelihood that he will abandon you without sponsorship. The sponsor’s own finances might be scrutinized more carefully, and the past or current use of public benefits by your sponsoring relative or his/her household members can be held against you.

Your age can now be taken into consideration when making the public charge determination. If you are approaching retirement age, for example, the officer may consider your job prospects and how much income you will lose after retirement. Your age is more likely to be held against you if you are under 18 or over 61.

Your application can be refused if you have health problems that may prevent you from working, burden you with high medical bills or tempt you to seek Medicaid assistance, You can mitigate the negative effect of this factor by purchasing health insurance and submitting documentary evidence that you maintain effective health insurance.

Your ability to obtain employment in the United States will be taken into consideration. Of course, this will not matter so much if you are coming to the US on an employment visa, unless your salary is low enough and your household size is large enough that questions can be raised about your economic viability. The more impressive your resume, the more likely it is that your visa will be approved.

Other factors, such as your English language ability, may be taken into consideration as well. 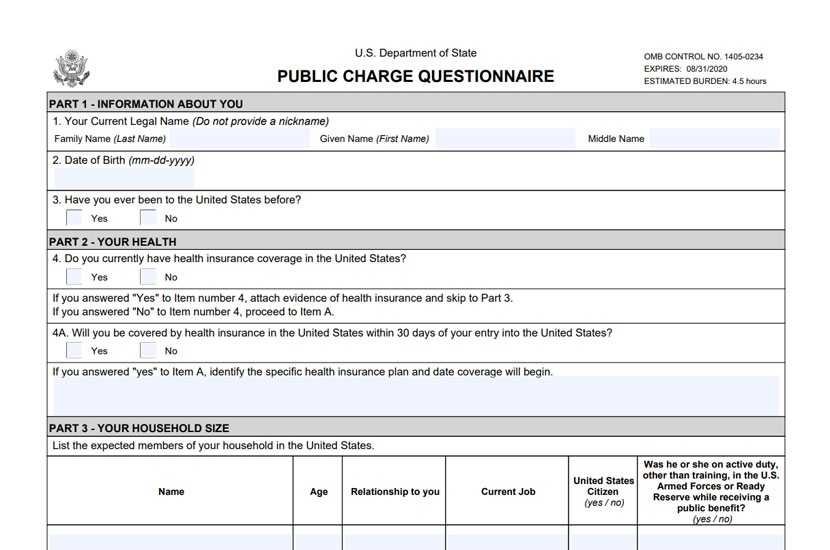 People applying for adjustment of status in the US do not need to file Form DS-540; instead they must file Form I-944. The only people who do not need to fill out Form DS-5540 are (i) people whose interviews were scheduled before Feb. 24, 2020, (ii) people who are not subject to the public charge barrier, such as refugees and (iii) people living in the US who are applying for adjustment of status with the Department of Homeland Security. 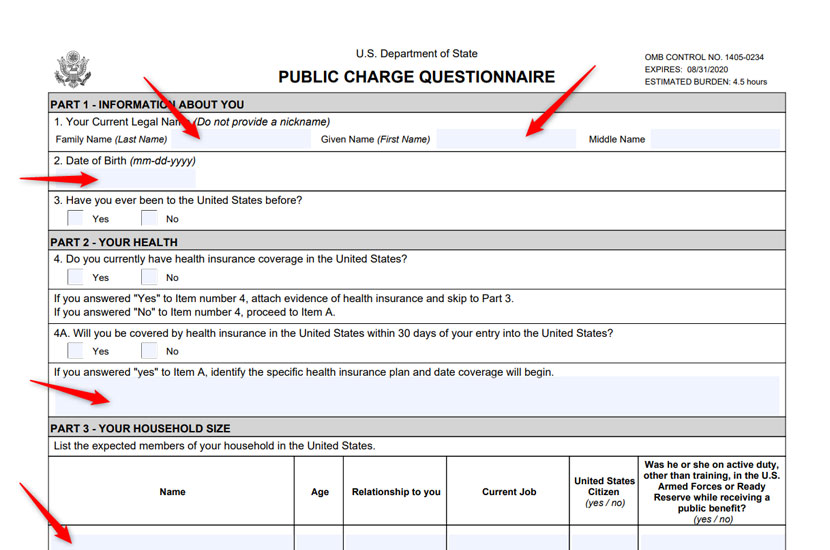 Since the public charge determination is based on the “totality of the circumstances” of your application, it is not limited to factors that relate directly to your finances, such as your bank account balance. Your health, for example, is indirectly related to your finances. It is important that you provide as much information as possible, especially information that could help your chances. A skilled immigrant lawyer can help you with this.

Form DS-5540 is only four pages long (much shorter than the Form I-944 that is filed by US-based permanent resident seekers), but it is quite intrusive. You will need to provide information such as:

What supporting documents are needed for Form DS-5540?

You will need to prove just about everything that you assert on Form DS-5540 with documentary evidence. It is critical that you provide complete documentation. Some of the documents you are likely to need include: 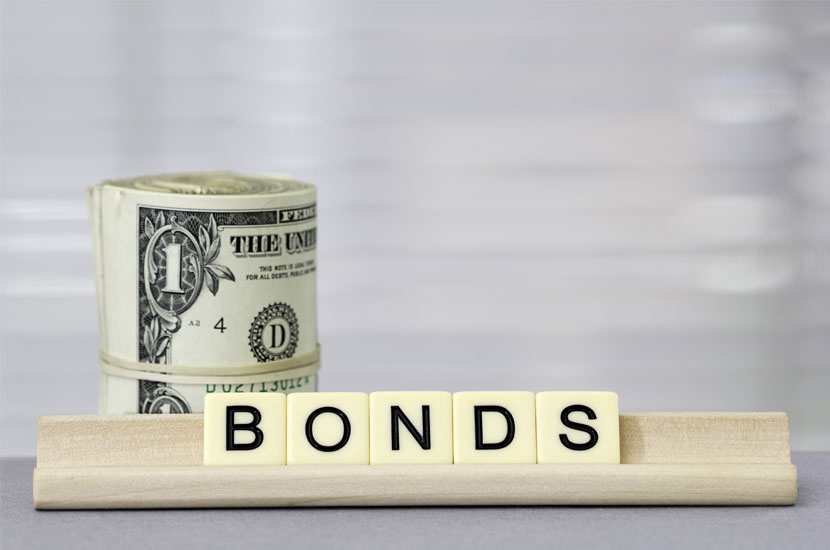 One of the few bright spots concerning the new public charge rule is that as of Feb. 24, 2020,applicants filing from abroad at a US embassy or consulate may be able to submit a cash bond as a way of overcoming the public charge barrier, even though they otherwise wouldn’t qualify for immigration. Although the minimum bond is $8,100 (adjusted annually for inflation), it could be set a lot higher.

How Does the Approval Process work?

Approval of a US immigration visa application is a multi-step process. Following is a general rundown of what to expect:

Note: You may be given documents inside a sealed envelope that you need to present to immigration officials upon your arrival in the United States. If so, do not break the seal.

A Bit of Perspective

All told, the process for obtaining an immigration visa from a US embassy or consulate overseas is quicker and easier than seeking to adjust your status within the United States. The future of the public charge rule itself is highly controversial, and it could change quickly in response to political developments.